Grant Hart – singer and drummer for the influential, almighty punk rock onslaught that was Hüsker Dü – passed away at the University of Minnesota Medical Center of complications from liver cancer and hepatitis. Hart was only 56 years old. 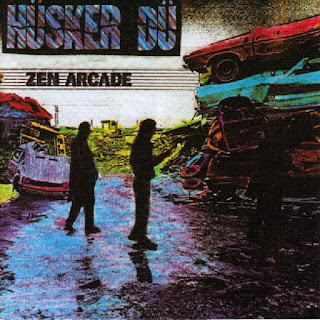 Signing with Warner Brothers Records, the band released a pair of critically-acclaimed studio albums before the band’s break-up in 1987. Hüsker Dü would later become known as one of the most influential bands to emerge from the punk underground of the ‘80s, inspiring artists like Metallica, the Pixies, Smashing Pumpkins, and Nirvana, among many others.

Hart launched a lengthy solo career with his 1989 SST Records album Intolerance; Hart’s 2013 album The Argument was his most recent release. In between solo albums, Hart also fronted the critically-acclaimed band Nova Mob, releasing two albums, the best of which is 1991’s The Last Days of Pompeii.

Hart’s death at a too-young age comes just as interest in Hüsker Dü is growing due to the forthcoming release of the three-disc Savage Young Dü box set by The Numero Group. A lot of other folks have waxed eloquently on Hart’s death, so here are a couple of links to stuff you should read if you’re a Grant Hart and/or Hüsker Dü fan: