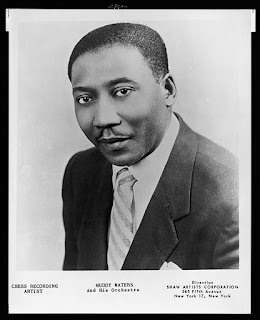 Third Man Records – Jack White’s boutique label of oddities and delights – has decided to dip its toe into the rich back catalog of the legendary Chess Records with a series of 7” single reissues. Much as they previously did with Sun Records, reissuing sizzling slabs o’ hot wax from the likes of Johnny Cash, Jerry Lee Lewis, Roy Orbison, and Elvis Presley; and as they did with Detroit’s Tamla Records, with too-cool reissues of musical gems by Marvin Gaye, the Supremes, Barrett Strong, and the Miracles, so too does Third Man plan on revisiting long-lost treasures from the beloved Chicago blues label.

Waters would re-record several of these songs in various sessions over the ensuing years, but Third Man is offering the raw, vibrant early versions, the first two of which were originally issued only on fragile 10” shellac 78rpm records (“Manish Boy” seems to have been released as both 10” 78rpm and 7” 45rpm singles). “She’s All Right” is a straight-up solo performance featuring just Muddy and his guitar while “Manish Boy” includes Junior Wells’ harp flourishes.

Third Man is offering these three first Chess singles on gorgeous black vinyl for $6 each or as a three-disc bundle for $15 plus shipping (that’s what I bought). Get ‘em via the Third Man Records website. There is also a limited edition of each single pressed up on electric “Chess-nut” brown vinyl and available only from the Third Man Records storefronts or from Reckless Records in Chicago, while supplies last. Can’t wait to see what the next batch of Chess singles brings! 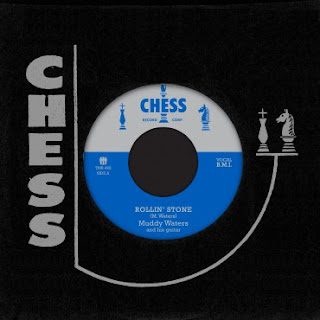