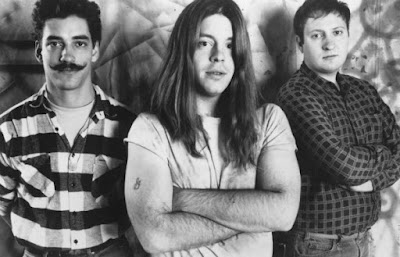 Archival experts The Numero Group have announced the label’s long-rumored and much anticipated Hüsker Dü box set. Scheduled for early November release, Savage Young Dü is a three-CD or four-LP set packaged in either tip-on jackets or die-cut sleeves and boxed in a linen-finished slipcase and including a 108pp or 144pp hardcover book with 40 previously unpublished photographs, a flyerography, a sessionography by Paul Hilcoff, and a 12,000 word essay by writer Erin Osmon. 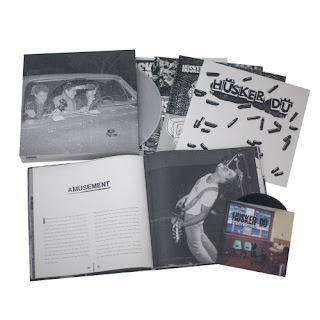 Savage Young Dü features 69 songs, 47 of them previously unreleased, all of them remastered from the original analog tapes and including Everything Falls Apart, the band’s first studio album, and an alternative version of their live debut, Land Speed Record. Savage Young Dü is priced at $40 plus shipping for the three-CD version and $50 plus shipping for the CD box including a limited-edition 7” EP titled Extra Circus that is only available for mail order customers. Featuring five previously-unreleased songs from the January 1983 Metal Circus sessions, Extra Circus is packaged in a full-color sleeve designed by band member Grant Hart. The four-LP vinyl version of the box set has already sold out but, as of this writing, the four-LP box with the 7” EP is still available and priced at $95 plus shipping from the label.

Hüsker Dü was formed in 1979 in St. Paul, Minnesota by singer/guitarist Bob Mould, bassist Greg Norton, and drummer/singer Grant Hart. Initially known as a hardcore punk band, Hüsker Dü’s music eventually evolved into a more melodic yet aggressive sound that was fast and loud but offered intelligent, erudite lyrics courtesy of Mould and Hart. The band signed with Black Flag guitarist Greg Ginn’s SST Records, releasing three groundbreaking albums for the label, including the classic 1984 double-LP set Zen Arcade. Subsequently signing with Warner Brothers Records, the band released a pair of critically-acclaimed studio albums in 1985 and 1986 before the band’s break-up; a live album featuring 1987 band performances was later released in 1994.

Hüsker Dü would become one of the most influential bands to emerge from the punk underground of the ‘80s, inspiring bands like Metallica, the Pixies, Smashing Pumpkins, and Nirvana, among many others. Savage Young Dü offers an in-depth look into the band’s early, formative years, collecting original soundboard tapes, demos, and session masters recorded by Hüsker Dü between 1979 and 1983. Reasonably-priced even by the exaggerated standards of archive box sets, and a must-have for any Hüsker Dü fan’s collection, Savage Young Dü is available from The Numero Group website – get ‘em before they go!