Classic U2 LPs get Vinyl Reissues 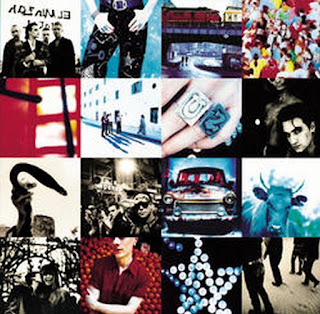 Universal Music/Island Records/Interscope (does anybody really know how these companies fit together?) announced this week that they’ll be giving three classic albums by Irish rockers U2 their proper vinyl reissues. On July 27th, 2018 the label will reissue 1991’s critically-acclaimed Achtung Baby, 1993’s equally-esteemed Zooropa, and the 1998 compilation album The Best of 1980-1990 on glorious 180-gram black vinyl, all three double-record sets.

This will be the first time all three titles have appeared on vinyl, each of them a product of the industry’s evolution towards vinyl during the 1990s. Released in November 1991, Achtung Baby was recorded over a period of six months at the Hansa Studio in Berlin, Germany and at Windmill Lane in Dublin, Ireland. The album production was shared by Daniel Lanois (Neil Young, Bob Dylan), Brian Eno (David Bowie, The Talking Heads), and Steve Lillywhite (The Pogues, Peter Gabriel) and would become one of the band’s most successful efforts, topping the charts in the U.S. and six other countries on its way to selling better than 18 million copies worldwide (over 8 million in the U.S. alone). The album also won U2 a Grammy™ Award for “Best Rock Performance.” The vinyl cover artwork is based on the original, with the sleeve expanded to hold two discs, and includes a lyric sheet and a download card for the twelve album tracks. 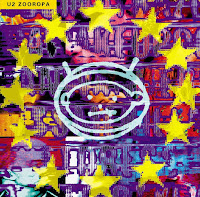 It’s hard to follow up an album as successful as Achtung Baby but, if you’re going to do it, the ‘90s was the decade to try for the brass ring. Released in July 1993, Zooropa quickly topped the charts in eleven countries, and if it sold fewer copies than its predecessor (a mere seven million worldwide), it received nearly universal critical acclaim for its pop experimentation. Produced by Flood (Depeche Mode, Nine Inch Nails), Eno, and U2 guitarist The Edge, Zooropa earned the band another Grammy™ Award, this one for “Best Alternative Music Album.” The reissue also features expanded cover artwork and a download card and includes alternative mixes for two of the album’s singles, “Numb” and “Lemon.”

U2 was one of the best-selling bands of the ‘90s, selling in excess of 30 million copies of the three albums they released during the decade, and their landmark Zoo TV tour (1992-93) set the standard for multimedia overkill (and sold a truckload of tickets, over 10 million worldwide). In 1998, Island Records thought that they’d recoup some of the reported $60 million they spent on re-signing the band a few years earlier by releasing the first of two “greatest hits” albums. 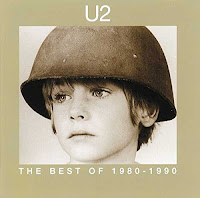 U2’s The Best of 1980-1990 covers the band’s early days, the sixteen-track collection shooting to the top of the charts in a number of countries (oddly, it only hit #2 in the U.S.) on its way to nearly ten million in sales worldwide. The album includes some of the band’s best-loved songs, including “New Year’s Day,” “Sunday Bloody Sunday,” “Where the Streets Have No Name,” and “Angel of Harlem” and the reissue also includes the bonus track “One Tree Hill” from The Joshua Tree album. The reissue also features expanded cover artwork and a download card.