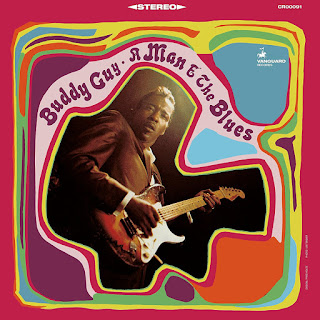 Buddy Guy and Junior Wells – both performing both together and separately as successful solo artists – helped shape and define blues music for new audiences during the 1960s and ‘70s. Their work as collaborators resulted in classic blues albums like Hoodoo Man Blues and Southside Blues Jam while their solo careers are littered with milestones. Although Wells sadly passed away in 1998, Guy is still going strong at the ripe old age of 81 years, with a new album – The Blues Is Alive and Well – scheduled for release in mid-June.

On June 29th, 2018 Craft Recordings will reissue two albums on vinyl by the legendary bluesmen – Buddy Guy’s A Man & the Blues and Junior Wells’ Coming At You – in celebration of the 50th anniversary of the original release of these classic, albeit underrated albums. Both albums were originally released in 1968 by the venerable Vanguard Records label and are being reissued on audiophile-quality 180-gram vinyl cut from the original analog masters. Both albums will also enjoy their first appearance on vinyl since their initial release. 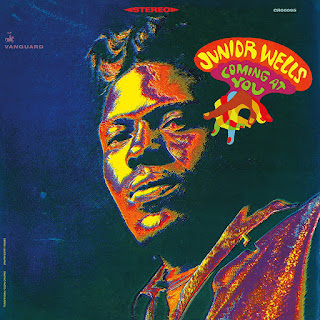 Wells’ Coming At You is an underrated title in the bluesman’s lengthy catalog, and features the harp player’s take on a slew of covers by Sonny Boy Williamson, Willie Dixon, John Lee Hooker, and Big Maceo Merriweather as well as putting his own unique spin on the garage-rock classic “Tobacco Road” and proto-rocker “Mystery Train.” Wells was joined in the studio by Guy and guitarist Lefty Dizz as well as bassist Tom Crawford, drummer Levi Warren (who would later play with Earl Hooker), and saxophonist Douglas Fagen (who later played with James Cotton).

Guy’s A Man & the Blues was his first album for the Vanguard label, and the guitarist’s second solo album overall. It was also Guy’s first recording done outside of the confines of Chess Records and 2120 S. Michigan Avenue in Chicago, the guitarist working instead at Universal Studios in the Windy City with noted producer Sam Charters on the board. The album features a number of Guy’s original songs, including the title track and “I Can’t Quit the Blues” as well as his original take on the traditional children’s rhyme “Mary Had A Little Lamb,” complete with barb-wire guitar licks. Guy also acquits himself nicely on the Motown classic “Money (That’s What I Want” and B.B. King’s “Sweet Little Angel.”

Alongside Guy, A Man & the Blues also featured great players like the legendary pianist Otis Spann, drummer Fred Below, and a full horn section and while it didn’t light the charts on fire, it was a fine early effort from a legendary bluesman. Both albums deserve space in the collection of any discriminating blues fan (and dig the groovy psychedelic cover art Vanguard burdened each LP with!).

Buy the albums from Amazon.com:
Junior Wells’ Coming At You
Buddy Guy’s A Man & the Blues
Posted by Rev. Keith A. Gordon at Friday, June 01, 2018