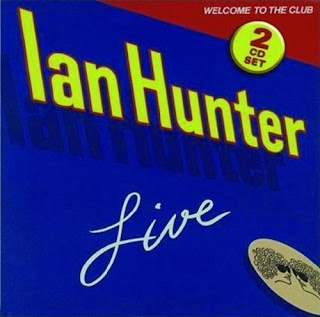 Rock ‘n’ roll icon Ian Hunter always had something that his contemporaries didn’t – plenty of attitude. Although he came of age during the yellow mellow daze of hippiedom, Hunter was always too acerbic, too intelligent and too cranky to fall prey to the false aphorisms of the peace and love crowd. When the punk rock revolution hit the U.K. in 1977, many late ‘60s/early ‘70s British rock stars were swept away by the aggressive new cultural zeitgeist. Very few pop stars survived the explosion of punk and the swelling post-punk “new wave” that crested at the dawn of the new decade, most of them dismissed as tottering old duffers by the angry young men and women of the Mohawk-clad, safety-pin-wearing, torn-jeans crowd.

Outside of heavy metal, which rested comfortably on the edge of the musical mainstream, enjoyed its own set of rules, and which would experience its own genre-overturning moment as the NWOBHM raised its ugly head, only David Bowie, Thin Lizzy’s Phil Lynott, and Hunter came through the 1977-78 stretch relatively unscathed. For Bowie, it was because he was just too damn weird, too brilliant, and too chameleon-like to get pinned by the punk crowd – a moving target, as it were. Lynott recognized early on the promise and potential of punk and became a sort of older brother to the movement, but Hunter…his distinctive attitude expressed so wonderfully through both his own solo material and countless Mott the Hoople songs…became a sort of guiding light to the young punks, influencing bands from the New York Dolls and the Clash to Billy Idol and Generation X.


By 1979, the British punk “revolution” had largely fizzled out, the genre splitting into three distinct factions – the hardcore underground, represented by Crass, Conflict, Discharge, et al; the mainstream, which could boast of the Clash and Stiff Little Fingers among its frontrunners; and the “new wave,” which spawned a thousand disparate bands suddenly freed from the constraints of commercial expectations that had been crippled (though not eliminated entirely) by the rise of punk. Also in 1979, Hunter would release his fourth studio album, You’re Never Alone With A Schizophrenic, which ironically would become the most commercially successful and critically acclaimed album of a career that now spans five decades.

All of which, in a roundabout way, brings us to Hunter’s Welcome To The Club – Live. A two-album set that was originally released in 1980 and subsequently reissued on CD in 1994 with bonus tracks; it has been further embellished and expanded for its 2007 reissue by American Beat Records. Culled from a week of performances at the infamous Roxy in Los Angeles in support of You’re Never Alone With A Schizophrenic, the two-CD set does a solid job of capturing Hunter’s onstage energy as well as the instrumental talents of a band that included long-time friend and former Bowie guitarist Mick Ronson and bassist Martin Briley. 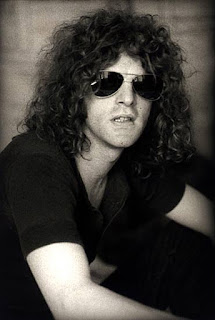 Welcome To The Club – Live features all of the songs that fans would expect: “Once Bitten, Twice Shy,” taken from Hunter’s self-titled 1975 debut; “Just Another Night” and “Cleveland Rocks” from Schizophrenic; and lesser-known gems like “Bastard” and “When The Daylight Comes.” Hunter throws a few surprises into the mix as well, like a scorching version of Ronson’s “Slaughter On Tenth Avenue” from his 1974 album of the same name, and a shockingly engaging reading of Sonny Bono’s “Laugh At Me.” Hunter reprises a number of songs from his Mott the Hoople days, including the breakthrough hits “All the Young Dudes” and “All the Way From Memphis,” both benefiting from wider arrangements, backing harmonies, and lush instrumentation.

Through several issues and reissues over the past 27 years, Welcome To The Club – Live has picked up some extra baggage along the way, and it mostly all fits into the intended scheme of things as laid out on the original vinyl release. Mott’s “The Golden Age of Rock and Roll” is provided an appropriately rollicking performance, and the additional medley of “Once Bitten, Twice Shy/Bastard/Cleveland Rocks” enjoys an energetic, rowdy rendering with Ronson’s screaming six-string licks and Hunter’s powerful honky-tonk-tinged piano work.

Three “live in the studio” tracks originally intended for the vinyl release resurface here; “We Gotta Get Out of Here” is a synth-driven new wave styled romp complete with chanted chorus that foreshadows Hunter’s work on albums like Short Back and Sides or All of the Good Ones Are Taken. “Silver Needles” is a slower, more deliberate ballad that shows Hunter at his most Dylanesque, with a fine vocal performance and sparse instrumentation, while “Man O’ War” is a mostly unremarkable, mid-tempo claustrophobic rocker that would fit comfortably on any of the artist’s solo albums.


Here’s where the attitude part comes into play, however. By 1979, the kind of roots-based rambling rock that Ian Hunter preached was supposed to be passé, dead in the water…the Sex Pistols had told us so…but Hunter, in his arrogance, refused to change directions even when the market seemed ready to force his hand. Both the joyous celebration of rock music displayed by You’re Never Alone With A Schizophrenic and the raucous, spirited performances preserved in wax by Welcome To The Club – Live represent a belief in the overwhelming power of rock ‘n’ roll and the value of a great song. This is probably one of the most honest live albums that you’ll ever hear, as well as a fitting document of Ian Hunter, one of rock music’s most respected cult artists, at the highest creative peak of his lengthy and storied career. (American Beat Records, released February 6, 2007)