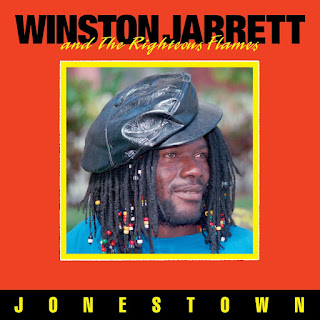 The good people at Omnivore Recordings certainly aren’t sitting on their hands when it comes to sharing albums from the long-gone Nighthawk Records label with riddim-hungry reggae fans. Hot on the heels of a pair of classic albums from Junior Byles and Ethiopian & Gladiators scheduled for July release comes news of another two reggae classics in August. Along with the reissued reggae compilations coming from a revived Trojan Records label, this summer is going to be a big one for fans of the Jamaican sound!

On August 3rd, 2018 Omnivore will be reissuing the 1984 album Jonestown by Winston Jarrett & the Righteous Flames and the 19976 album Come Straight by Ronnie Davis and Idren. Although neither of these talented singers is a household name, their talent and pedigrees are recognized by hardcore reggae fans, and both albums have been out-of-print for decades.

Jarrett was a veteran of 1960s-era reggae harmony band Alton & the Flames, and the singer formed the original version of the Righteous Flames in the 1970s, recording for Prince Buster’s Olive Blossom label and working with producer Sir Coxsone on sides like “Ease Up” and “Born To Be Loved.” Jarrett also provided backing vocals on hits by legends like Ken Boothe and Marcia Griffiths before meeting up with Nighthawks’ Leroy Jody Pierson, who convinced the singer to put together a new version of the Righteous Flames to record Jonestown for the label. The album has been remastered from the original master tapes and includes liner notes by Pierson and a booklet with previously-unseen photos. 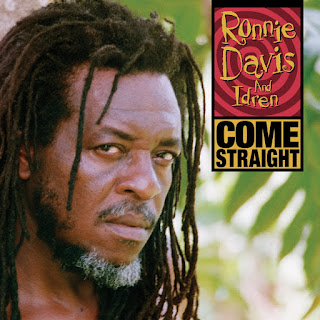 Ronnie Davis was also a veteran of Jamaica’s 1960s-era music scene, singing with the Tennors on their 1968 hit “Ride Your Donkey” and 1973 single “Ride Your Donkey.” Producer Bunny Lee convinced Davis to pursue a solo career, and throughout the ‘70s he would become one of Jamaica’s most popular and prolific reggae artists, recording more than 100 sides for various labels and producers. By the end of the decade Davis was producing his own singles for his On Top Records label, hooking up with several friends to form the Itals, scoring a hit with their first single “In A Dis A Time.”

The band came to the attention of Nighthawk Records, who subsequently released a number of Itals’ albums throughout the ‘80s. Davis struck out on his own again when the Itals broke up and recorded the 1996 album Come Straight for Nighthawk, which was credited to Ronnie Davis and Idren. The album has since become considered an obscure gem of roots-reggae and this reissue includes two new tracks, new liner notes by Pierson, and previously-unseen photos. Both titles are “must have” reissues for reggae fans in the know, so get ‘em now!