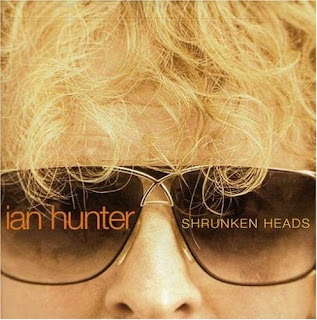 Belying the idea that rock music is a young man’s game, Ian Hunter puts his lifer status on the line with Shrunken Heads. A superb collection that features Hunter’s typical fusion of witty, whip-smart lyrics and guitar-driven hard rock, Shrunken Heads also provides insightful and topical lyrical commentary from one of the sharpest writers in rock music history.

As frontman for British rockers Mott the Hoople during the early ‘70s, Hunter earned a reputation as somewhat of a grumpy old man with a poison pen, penning pithy commentary on culture and society with a satirist’s eye and a journalist’s tenacity, each packaged in three-minute bundles ready for radio airplay. His lengthy solo career has done nothing to disillusion the casual listener that they’re hearing nothing more than a crank, albeit one with no little skill as a rock ‘n’ roll tunesmith. Scratch beneath the surface, however, and you’ll discover a hopeless romantic that, much like Quixote, prefers to endlessly tilt at windmills rather than go gently into that good night.


Now, some forty years after first picking up the torch, Hunter has crafted one more minor masterpiece in a career littered with such. Hunter’s voice isn’t what it used to be, age and abuse lessening its power and leaving it ragged around the edges. The years have done nothing to dull the passion to be found in his vocals, however, and his undeniable British accent remains intact even after decades of living in America. Neither have the years diminished Hunter’s biting lyrical style, the inspired work of a formerly angry young man with enough experience under his belt to be deadly with his aim.

Shrunken Heads has a wealth of magical moments where the band and performance and song all come together to jump right out of the grooves. As a stranger living among philistines, Hunter has a perspective on the current social and cultural zeitgeist that we Americans may be too myopic to discern, and his views are scattered throughout the songs here. “Fuss About Nothin’” tackles the conservative snake oil salesmen that we continuously place in positions of power, whether they be corporate CEOs, preachers or politicians. Hunter sings “but if it’s left to the left…there won’t be nothing left,” his words a tongue-in-cheek swipe at the brainwashed legion of Fox News drones. Speaking of which, the hard-rocking “Brainwashed” challenges the media-bred, corporate-approved, celebrity-driven propaganda that we’re deluged with 24/7, concluding “if you walk like a duck, quack like a duck, baby you bin brainwashed.”

One of the finer moments on Shrunken Heads is the nostalgic “When the World Was Round.” Having just turned 50, I can attest to the reminiscent nature of running headfirst into the brick wall of the final 1/3 of your life; here Hunter humanizes the grumpy old man with a wistful arrangement and clever lyrical turns. Decrying the information overload of the modern age and remembering simpler times he asks “is it my imagination, when I look back thru the ages?” Wondering if the past isn’t seen through rose-colored glasses, Hunter pleads “give me a reason to believe in, give me a reason to believe in, I think I liked it better when the world was round.” 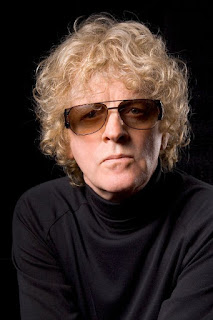 The title cut, “Shrunken Heads,” displays the sort of magnificent Dylanesque grandeur that has long been Hunter’s musical trademark. With brilliant lyrical imagery and offering the best vocal performance on the album, Hunter sings “nothin’ matters any more, the rich get richer, and the poor get sorer,” asking “who’s gonna save us from these shrunken heads?” The song is a tragic commentary on a once-mighty, now sadly-crumbling American empire that is run by uncultured, ignorant boors (the shrunken heads of the song) that are masters of the dimwitted soundbite but can’t see beyond their own greed to recognize the damage they’ve wrought.

The equally impressive “Soul of America” shows a keen understanding of native-born patriotism that many on the left just don’t understand. Praising the heroes who take up arms and lay down their lives for their country, Hunter sings “yeah them wild boys ‘n’ red, white and blue, them wild boys gotta see the mission through, come hell or high water, we’re rooting for you,” finishing with “let’s rock the soul, let’s rock the soul of America.” Hunter includes a broadside against those that Dylan called the “masters of war,” damning them as “them good old boys in their three piece suits, feathering their nests while they’re rallying the troops, they cut off the flowers, don’t worry ‘bout the roots, eroding the soul of America.”

The rest of Shrunken Heads is equally sharp and entertaining, Hunter leading a talented band through, perhaps, his best collection of songs in over two decades. Musically, it helps that he has the foresight to bring along some of the best and brightest, if underrated musicians in the rock world. Former Jason & the Scorchers/Hearts And Minds guitarist Andy York is Hunter’s secret weapon, the overlooked and unheralded talent co-producing the album with Hunter and providing subtle-yet-powerful accompaniment on guitar, keyboards and backing vocals. Hunter has recruited some other Grade ‘A’ talent for the album as well, from guitarists Jack Petruzzelli and James Mastro to drummer Steve Holley and longtime Joe Jackson bassist Graham Maby. Guest shots include Jeff Tweedy and violinist Soozie Tyrell.


Hunter has never been the most prolific of artists. Although he recorded six studio albums during the first eight years of his solo career, since the hiatus that began in the wake of 1983’s All of the Good Ones Are Taken, Hunter has preferred quality over quantity, releasing just five studio albums during the past two decades. Now nearing 70 years old, with his place in rock ‘n’ roll history insured, Hunter has delivered a stunning tour de force in Shrunken Heads. Regardless of whether he records another single note – and I personally hope that he does – this would be a good one to go out on… (Yep Roc Records, released May 15, 2007)