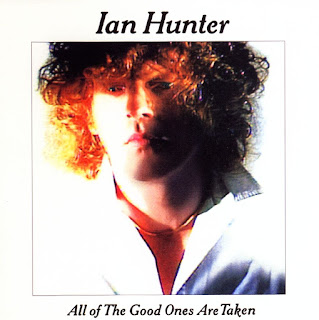 By the time of the 1983 release of Ian Hunter’s All of the Good Ones Are Taken, the rock legend’s career had survived at least two turns of the generational screw. The first, while Hunter fronted British rockers Mott the Hoople, came when the band’s foundering fortunes were revived by the timely contribution by David Bowie of his glam-era anthem “All the Young Dudes.” After Mott’s rendition of the song became a smashing success in both England and the U.S., they rode the subsequent record sales and radio airplay to a modicum of success in the glam-dominated early ‘70s rock ‘n’ roll world. By 1975, however, glam had fizzled out and punk was on the horizon, as was the “New Wave of British Heavy Metal,” and Hunter jumped ship to launch a solo career.

The second major turn for Hunter came with the critical acclaim and modest success of his fourth solo album, 1979’s You’re Never Alone With A Schizophrenic. Yielding AOR hits in the classic “Just Another Night” and fan favorite “Cleveland Rocks” (which was later popularized by its use as a theme song for The Drew Carey Show), the album hit Top 40 in America, Hunter’s best chart showing since his 1975 self-titled debut. His follow-up, 1981’s Short Back and Sides, was produced by Mick Jones of the Clash and featured a more aggressive rock ‘n’ roll sound, but failed to meet the expectations of its predecessor; it peaked at number 62 on the Billboard album chart but dropped no hit singles and quickly sank from sight in the face of the cresting “new wave” and MTV.

Ian Hunter’s All of the Good Ones Are Taken


All of the Good Ones Are Taken, then, proved to be Hunter’s last grab at the brass ring. He had tasted success before, most notably with Mott the Hoople, but his waning solo fortunes and a changing musical environment had the musician skating on thin ice. With a core band that included bassist-around-town Marc Clarke, guitarist Robbie Alter and drummer/solo artist Hilly Michaels, Hunter recorded an album that has often been unfairly slagged as falling behind the artist’s loftier and acclaimed early efforts. In reality, if you enjoy and appreciate Hunter’s fairly-consistent ‘70s-era albums (Overnight Angels notwithstanding), you’d probably like All of the Good One Are Taken. Aside from a couple of clunky song arrangements no doubt designed for MTV-influenced airplay, and elements of dated, thin ‘80s-styled production, the songs and performances here hold up reasonably well almost 25 years later.

The disc opens with the title cut, the sort of Dylanesque rocker that Hunter cut his teeth on, an erudite love song that offers a couple of whimsical vocal turns and an infectious chorus; it should have been a big hit upon its release. Cut from the same lyrical/musical cloth as better-known Hunter compositions like “Just Another Night” or “Once Bitten, Twice Shy,” and including a soulful sax solo courtesy of E Streeter Clarence Clemons, the song should be considered part of Hunter’s canon of great songs. It would also set the stage perfectly for much of the album to follow.

“Every Step of the Way” is an enjoyable, big-booted hard rocker with a pop chorus and a stomping beat while “Fun” is a more intricate song, with an ever-changing musical horizon and a somewhat confused self-identity. With chameleon-like vocals, big band horns, heavy guitar riffs and a recurring tinny lead that foreshadows the coming Miami Vice years, is this an honest rocker or merely a sad relic of the times? Speechless is another artistic mistake, with waaayyy too much Flock O’ Men At Work styled punchy synth and the sort of short-attention-span arrangement that was de rigueur on MTV at the time. Hunter’s vocals sound like he recorded them in a helium booth. In this day and age, the song sounds horribly dated.

That Girl Is Rock ‘N’ Roll 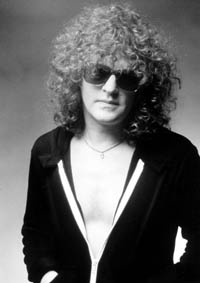 Luckily, there’s more muscle than flab on All of the Good Ones Are Taken. Starting with a moody synthesizer/keyboard crescendo, “Death ‘N’ Glory Boys” is a grand, epic spaghetti western of a song, filled with provocative instrumentation and one of Hunter’s best vocal turns. Representing longtime Hunter foil Mick Ronson’s only appearance on the album, his six-string contribution is priceless. Understated beneath Hunter’s vocals and the symphonic grandeur of the keyboard work, Ronson’s subtle yet wiry fretted punctuations add a truly ethereal dimension to the song. “That Girl Is Rock ‘N’ Roll” fakes us out with a Huey Lewis & the News-styled plinking synth intro before settling into a spirited, rockabilly-tinged rambler that would have fit perfectly on an early Mott LP.

The R&B influenced “Seeing Double” benefits from Clemons’ lush sax intro and some fine Northern Soul style backing vocals, the ballad offering up a smart set of lyrics and another fine Hunter performance, one that highlights the artist’s true range of talents. The original album version of All of the Good Ones Are Taken ended with a reprise of the title track, reinforcing the power of the original while taking on an identity of its own with a wonderfully wistful reading and slowed-down, almost melancholy arrangement.

This American Beat reissue of the album tacks on a bonus cut in the form of the single version of “Traitor,” an ultra-cool ‘70s stadium rock throwback that starts with a Billy Joel type piano roll before jumping headfirst into a sort of metallic K.O. of the Billy Squier sort with a big, staggered rhythm and angry OTT vocals. I’m not sure of the song’s pedigree, or why it wasn’t originally included on the album, but it certainly had a chance to be a monster hit.


For whatever reasons, All of the Good Ones Are Taken failed to capture the imagination of the record buying public at the time. Blame it on MTV, if you want, or on the strange days and times of the early ‘80s when punk and new wave and college rock and heavy metal clashed for our attentions. Regardless, after the album’s release and subsequent commercial dismissal, Hunter went on an extended hiatus that lasted until the 1990 release of YUI Orta, a collaboration with guitarist Mick Ronson that was credited to the Hunter Ronson Band.

In the 24 years following the release of All of the Good Ones Are Taken, Hunter has released but a half-dozen studio albums and a handful of live discs with mixed results. While his work since 1990 has enjoyed a significant amount of critical acclaim, Hunter has seemingly given up his quest for stardom and instead concentrated on making good music. Nearly everything that Hunter has recorded through the years has merit and there is a wealth of great songs waiting to be rediscovered on albums like this one. (American Beat Records, released January 9, 2007)