Here’s some interesting news for blues music fans – the estate of Blues Hall of Fame inductee and Chicago blues legend Junior Wells has been entrusted to Cleopatra Records through an agreement worked out between the label and Wells’ daughter Regina Brown. The deal includes Wells’ sound recordings as well as his song publishing, an extensive catalog that ranges from the harp player’s earliest recordings in the 1950s through his death in 1998. The deal also includes unreleased master recordings, and Wells’ personal memorabilia including his harmonicas, performance outfits, photos, and personal journals, among other artifacts.

Born Amos Wells Blackmore, Jr. in December 1934 in Memphis, Tennessee, Wells was raised on the other side of the Mississippi River in West Memphis, Arkansas. He learned the fundamentals of blues harp from another future legend, Junior Parker, before moving to Chicago in 1946. Wells hooked up with guitarists Louis and David Myers, the three young men playing house parties and infrequent club dates as the Three Deuces. They later changed their name to the Three Aces, and finally just the Aces when they added drummer Fred Below.

Wells’ big break came when he joined Muddy Waters’ band in 1952, replacing Little Walter Jacobs, who enlisted the Aces to launch his own solo career. Wells began playing with guitarist Buddy Guy in 1958, the two forming a creative relationship that would last some 20 years. Wells’ raucous, no-holds-barred playing style, characterized by his staggering solos and vocal interplay, was perfectly suited for the era, defining the Chicago blues harp sound at a time when the music was shedding its country roots and becoming more sophisticated. 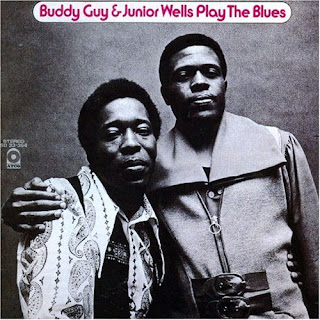 Wells recorded for a number of labels during his 50+ year career, including Chief, Profile, Vanguard, and Telarc Records, but it is the recordings he made with Guy for Delmark Records during the 1960s on which his enormous legacy rests. Albums like Wells’ 1966 solo debut, Hoodoo Man Blues, and 1969’s Southside Blues Jam would cross over to young blues-rock fans and lead to collaborations with artists like Bonnie Raitt, Van Morrison, and the Rolling Stones. In 1990, Wells worked with fellow harp players James Cotton, Billy Branch, and Carey Bell to record the W.C. Handy Award-winning collaboration Harp Attack!

It seems like the marriage of old-school Chicago blues and Cleopatra Records would be an odd fit, the Los Angeles-based label better known for its signature Goth, punk, and hard rock releases. Formed in 1992 by Perera, the label has released albums by an eclectic roster of artists, including Christian Death, the Damned, and U.K. Subs. Through their Deadline Music imprint, the label has released albums by bands like Quiet Riot and Cinderella, but Cleopatra has branched out in recent years through its Purple Pyramid subsidiary, releasing psychedelic and prog-rock archival material from artists like Iron Butterfly, Nektar, Tangerine Dream, and Quicksilver Messenger Service, among others. 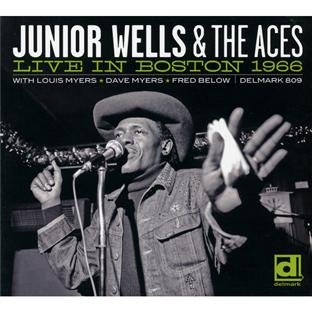 In spite of the label’s storied history, the label seems psyched to venture into blues territory. “We’re very excited to enter into this deal and be a part of the one of the all time icons in American blues history,” says the label’s Brian Perera in a press release about the historic agreement with the Wells estate. “We intend to keep the Junior Wells legacy alive with a variety of releases as well as merchandise and branding partnerships in the years to come.” Perera has announced a newly-launched Cleopatra Blues imprint that will feature future releases from Wells and other artists including Eric Gales, Shuggie Otis, and Harvey Mandel. Given the label’s acclaimed previous efforts in rescuing long-lost music from the archives, I’m anxious to see what they’ll do in a blues vein. Stay tuned…
Posted by Rev. Keith A. Gordon at Sunday, July 19, 2015

My hope is they treat Juniors music with the respect it deserves.