Hoodoo Gurus Back On Vinyl! 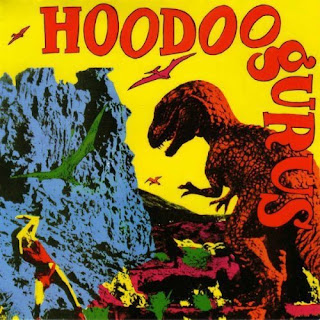 On April 27th, Australia’s Hoodoo Gurus released their entire album catalog on streaming services around the world. Each one of the band’s highly-rockin’ efforts has been expanded with bonus tracks like B-sides and various rarities, and the roll-out included previously-unavailable recordings like the live rarities collection Bite the Bullet: Director’s Cut and the 2003 album Turkish Delight, recorded by the band under the pseudonymous band name Persian Rugs.

That’s only part of the good news, true believers – and a very small part at that! Hoodoo Gurus has announced that their back catalog will also be reissued on CD and vinyl through their own label, Big Time Phonograph Recording Co. All of the band’s future recordings will also be released through their imprint. In a press release, Dave Faulkner, the band’s lead singer and songwriter, says “we’ve finally gone from the Stone Age to the 21st Century (pun intended) and made our music available for streaming, something our fans outside of the U.S. have been demanding for a long time and it’s a delicious irony for us that we are doing it through the revived Big Time Records entity, the label that first signed us in 1982.”

The Hoodoo Gurus’ eleven-album back catalog will be released on CD this coming summer, and all titles will be reissued on vinyl, starting in September 2018 with Stoneage Romeos, the band’s 1984 debut album. Subsequent titles will be reissued on a monthly basis, one per month over the course of the following year, all pressed on glorious 180-gram colored wax. The band has also announced the launch of their Hoodoo Gurus Record Club, through which fans across the globe can order each vinyl album release early and direct from the band, info on which can be found on their revamped www.hoodoogurus.net website. 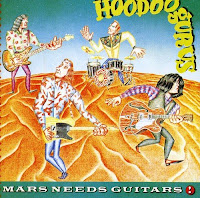 In case you’re not hip to the Gurus, the band from “down under” has cranked out peerless garage-inspired rock with punkish energy and intelligent lyrics for better than 35 years to date, earning them truckloads of critical acclaim and a worldwide reputation as creators of classic rock ‘n’ roll music. The band was inducted into the Australian Music Hall of Fame in 2007 and count Little Steven Van Zandt, Courtney Love of Hole, and the Manic Street Preachers as among their many fans.

Stoneage Romeos
The debut album from Hoodoo Gurus; released in 1984, it boasts the singles “Leilani,” “Tojo,” “I Want You Back,” and “My Girl.” One of the greatest debut albums of all time, the record was featured within the Top 30 of the book 100 Greatest Australian Albums of All Time in 2010 and topped the US College charts. Stoneage Romeos reached Platinum™ status in Australia.

Mars Needs Guitars
The second Gold™ album from Hoodoo Gurus; released in 1985 and reaching #140 in the U.S. Billboard charts, the album boasts the classic singles “Bittersweet,” “Like Wow-Wipeout,” “Death Defying,” and “Poison Pen.” 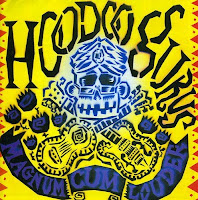 Blow Your Cool
The third album from Hoodoo Gurus, also going Gold™, released in 1987 and reaching #120 in the U.S. the album boasts the singles “What’s My Scene,” “Good Times,” and “In The Middle of the Land.” 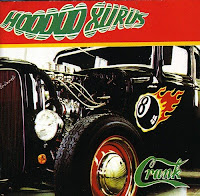 Crank
Album number six; released in 1994, the album features the singles “The Right Time,” “You Open My Eyes,” “Less Than A Feeling,” and “Nobody.”

Mach Schau
After an eight year hiatus, the band releases album number eight in 2004, the album featuring the tracks “When You Get To California” and “Nothing's Changing My Life.”

Purity of Essence
The last (to date) studio album was released in 2010 and boasts the singles “Crackin Up,” “I Hope You’re Happy,” and “What’s In It For Me.”

Gold Watch
The ‘best of’ compilation from the Hoodoo Gurus was released in 2012 and went Gold™ for sales immediately in Australia.