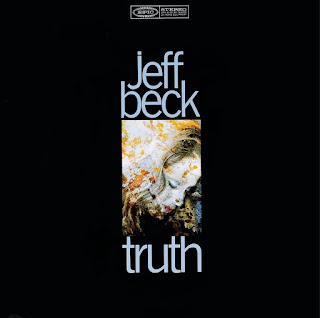 British rock legend Jeff Beck is a bona fide guitar innovator who helped define a particular blues-rock style of playing while also influencing a generation (or three) of rock ‘n’ roll, blues, and jazz string-benders and fret-burners. Joe Bonamassa has cited Beck as a major inspiration, and his enormous influence can be heard in the music of artists as diverse as Adrian Belew (The Bears, King Crimson), Steve Vai, Vernon Reid (Living Colour), Joe Satriani, and Tommy Bolin, among many others.

After playing with a number of small bands during the early ‘60s, and doing session work, Beck first came to prominence as a member of popular British blues-rock band the Yardbirds. Replacing guitarist Eric Clapton, who jumped ship to join John Mayall’s Bluesbreakers, Beck played on nearly all of the band’s mid-decade Top 40 hits, including “Shapes of Things” and “Over Under Sideways Down,” as well as on the 1966 Yardbirds’ album Roger the Engineer. After leaving the band, Beck released a string of modestly-successful U.K. singles like “Hi Ho Silver Lining” and “Tallyman” before recording Truth, his 1968 solo debut album.


One of rock music’s truly lost classic albums, the good folks at Sony Legacy decided to provide Truth (and its follow-up, Beck-Ola) the deluxe reissue treatment in 2006. Remastered and provided dynamics appropriate to the digital age, the songs on Truth sound every bit as dirty and grungy as they did when originally released back in 1968. Six-string wizard Jeff Beck had been unceremoniously sacked from the Yardbirds and living in the shadows of Eric Clapton’s international acclaim when he pieced together this short-lived ensemble, the first ‘Jeff Beck Group,’ that included Rod Stewart on vocals, Ron Wood on bass, and Micky Waller on drums.

Truth would introduce the world (and, more specifically, a U.S. audience as the album charted Top 20 stateside) to the talents of singer Rod Stewart but, more importantly, Truth would become one of the cornerstones for both ‘70s heavy metal (blues roots, big vocals, heavy percussion, screaming guitar solos) and the blueprint for dozens of British blooze-rock bands to follow in the wake of Cream (including Led Zeppelin, formed by Beck’s former bandmate Jimmy Page). Along the way, however, Truth has been overlooked for its mastery of form and the impressive range of the individual performances. Stewart’s vocals are never less than superlative, no matter what direction Beck takes the band, and the album’s mix of hard rock, Delta blues, Motown soul, and jazzy flourishes make for an intoxicating elixir. 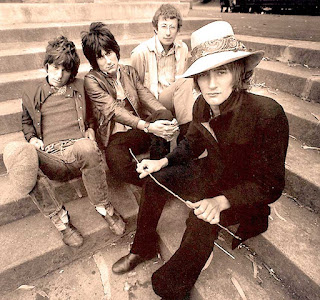 A remake of the Yardbirds’ hit “Shape of Things” soars on Stewart’s weary vocals and the song’s pulse-thumping instrumental breakdown. Stewart’s “Let Me Love You” (in reality, a reworked Buddy Guy tune) benefits from a heavy bass riff, explosive percussion, and Beck’s cyclonic psych-drenched guitar licks. Bonnie Dobson’s “Morning Dew” (a hit for folkie Tim Rose) is delivered as a soulful ballad while Willie Dixon’s classic “You Shook Me” (a major hit for Chicago blues giant Muddy Waters) showcases the band’s collective blues roots and love for the genre. Based on Stewart’s expressive vocals and studio pro Nicky Hopkin’s piano flourishes, Beck embroiders the performance with some of his edgiest and most imaginative playing.

An impromptu studio performance of the medieval folk standard “Greensleeves,” which displays the full measure of the guitarist’s skills, would surprisingly became an audience favorite while the B-side of “Hi Ho Silver Lining,” the electrifying instrumental “Beck’s Bolero,” has become known as one of Beck’s signature songs. The stereo version of “Bolero” includes studio guests like Jimmy Page and the Who’s Keith Moon alongside Beck and band. The writing of the blues-infused shouter “Rock My Plimsoul” is credited to Jeffrey Rod (Beck and Stewart), but it is really just a raucous re-write of B.B. King’s classic “Rock Me Baby” while the slow-burning “Blues Deluxe,” which has been covered by Beck fan Bonamassa, is based on King’s “Gambler’s Blues” and features some fine Hopkins’ piano along the song’s fringes to accompany Beck’s jagged fretwork.

Willie Dixon’s “I Ain’t Superstitious” was a big song for blues legend Howlin’ Wolf, and has been covered over the years by everybody from the Yardbirds and Savoy Brown to the Grateful Dead and Carlos Santana. Beck has recorded “I Ain’t Superstitious” multiple times himself, including the greasy, wah-wah tinged version found on Truth. The 2006 Sony Legacy reissue of Truth includes extensive liner notes and eight additional tracks. The non-LP single “Hi Ho Silver Lining” was an uncharacteristic psych-pop offering featuring rare Beck vocals; ditto for “Tallyman,” which is even more of a trifle and notable mostly for Beck’s scorching solos. Much better is “I’ve Been Drinking,” the B-side to the 1967 single “Love Is Blue,” which allows Stewart to capture the full emotional pathos of the re-worked Johnny Mercer original.


Beck’s Truth would launch a solo career that persists, 50 years later, to the present day, the guitarist nearly as spry and innovative in 2018 as he was in 1968. The Beck-Ola album would follow in 1969, earning Beck his “guitar god” status, and subsequent albums (now credited to the ‘Jeff Beck Group’) would further explore musical avenues in soul, R&B, and jazz. A brief dalliance with the power trio Beck, Bogart & Appice would result in a pair of blustery blooze-rawk releases, after which Beck would deliver his mid-‘70s jazz-rock fusion classics Blow By Blow and Wired. It all began with Truth, however, the album highly recommended for classic rock fans, guitar aficionados, blues fans, Rod Stewart fans, Jeff Beck fans, and just about everybody else. It’s just that damn good… (Sony Legacy, released October 10, 2006)

Also on That Devil Music.com:
Jeff Beck’s Performing This Week...Live at Ronnie Scott’s CD review
The Yardbirds’ Ultimate! CD review
Posted by Rev. Keith A. Gordon at Sunday, May 13, 2018