The Blues Foundation held its 39th annual Blues Music Awards celebration on Friday, May 11th, 2018 in Memphis, Tennessee with the event hosted by the legendary ‘Little Steven’ Van Zandt. Legendary bluesmen Taj Mahal and Keb’ Mo’ were the night’s big winners, the duo’s critically-acclaimed musical collaboration, TajMo, winning both “Album of the Year” and “Contemporary Blues Album of the Year” awards. Additionally, Blues Hall of Fame 2009 inductee Taj Mahal walked off with the “Acoustic Artist of the Year” and the coveted “B.B. King Entertainer of the Year” awards while Keb’ Mo’ was named the “Contemporary Blues Male Artist of the Year.”

Taj Mahal and Keb’ Mo’ weren’t the only big winners on Friday night. Esteemed blues outfit Rick Estrin & the Nightcats celebrated ten years in the trenches by earning the “Band of the Year” honor while Estrin was named “Traditional Blues Male Artist of the Year” and his song “The Blues Ain’t Going Nowhere” was named “Song of the Year.” Dynamic young blues woman Samantha Fish was named “Contemporary Blues Female Artist of the Year,” her second BMA (she won “Best New Artist Debut” in 2012 for her album Runaway) of many I’m sure she’ll win in the years to come. The Blues Foundation added two new categories this year – Mike Zito won the new “Blues Rock Artist of the Year” award while Beth Hart earned the new BMA for “Instrumentalist of the Year, Vocals.”

Along with hosting the event, Little Steven was also among the presenters for the evening, joined by such talents as Janiva Magness, Ruthie Foster, Tony Joe White, Joe Louis Walker, and David Porter. Several of the BMA nominees also performed during the show, including Walter Trout, the North Mississippi Allstars, Keb’ Mo’, Guy Davis, Trudy Lynn, and Rick Estrin & the Nightcats, among others. For those naysayers claiming that the “blues is dead,” half the performances at this year’s event were by artists under the age of 45 years old, with many still in their 20s and 30s. 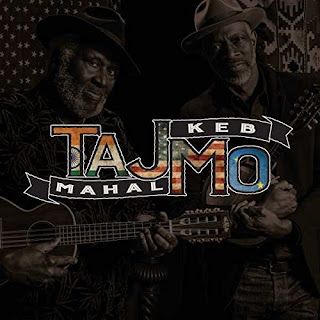 Of this young blood injecting new life and electricity into the genre, Blues Foundation President and CEO Barbara Newman states “we are watching the trends closely, and the blues, as a genre, is definitely on an uptick, with younger musicians being drawn to create and play this style of music and a continually growing following of the music on our social media outlets and beyond.”

Little Steven set the tone for the evening and beyond with his introductory speech, stating “at a time our country is more segregated than at any time in the past 100 years, music holds us together and touches all our souls.” You’ll find the complete list of 2018 Blues Music Award winners below.

Acoustic Album of the Year:
Doug MacLeod’s Break the Chain 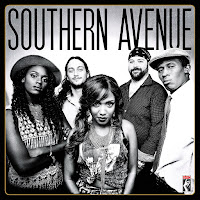 Band of the Year:
Rick Estrin & the Nightcats 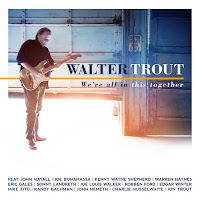 Rock Blues Album of the Year:
Walter Trout’s We’re All In This Together