CD Preview: Return of the Textones! 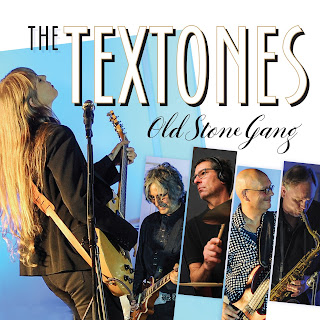 It’s no secret ‘round these parts that the ol’ Rev is partial to ‘80s-era rockers the Textones, one of the decade’s sadly overlooked and underappreciated bands. Suffering the same unjust fate as fellow travelers Jason & the Nashville Scorchers, the Long Ryders, Green On Red, Stealin’ Horses, and the Del-Lords, the Textones made a couple of great records that went largely unnoticed by the decade’s zombified, MTV-suckling music consumers before bandleader Carla Olson launched her long-running solo career. Omnivore Recordings reissued the Textones’ two critically-acclaimed albums – 1984’s Midnight Mission and 1987’s Cedar Creek – a couple years back, which has helped reignite interest in this trailblazing band.

Although founding member Phil Seymour (former Dwight Twilley Band drummer) sadly passed away back in 1993, Olson rounded up the rest of the old gang – guitarist George Callins, multi-instrumentalist Tom Jr. Morgan, bassist Joe Read, and Cedar Creek drummer Rick Hemmert – to record a new album. On September 21st, 2018 Blue Élan Records will release Old Stone Gang, the Textones’ third official studio album and their first in over 30 years. There have been efforts to reunite the band through the years, but life (marriage, family, jobs, etc) got in the way, but a potential reunion started in 2012 when the members recorded four tracks that ended up on Old Stone Gang. Omnivore’s reissues of the band’s first two LPs probably didn’t hurt the cause, and now we old-time Textones fans have a new album to look forward to in the fall. In addition to the original band members, the album also includes guest appearances from the legendary Allan Clarke of the Hollies and Rusty Young of Poco.

After the band broke-up, Olson recorded a couple of very fine albums with rock ‘n’ roll legends Gene Clark (The Byrds) and Mick Taylor (The Rolling Stones), launching her solo career with a 1989 self-titled debut album and rolling through the ‘90s with well-received efforts like 1993’s Within An Ace and 1994’s Reap the Whirlwind. Olson’s most recent solo effort was 2013’s Have Harmony, Will Travel; but she promises some surprises on the Textones’ Old Stone Gang. In a press release for the album, she states “I think the new album is just as viable, important, and relevant as Midnight Mission and Cedar Creek. It sounds similar to what we used to do, but of course we are now older and supposedly wiser [laughs] and I like to think, a little more sage.”