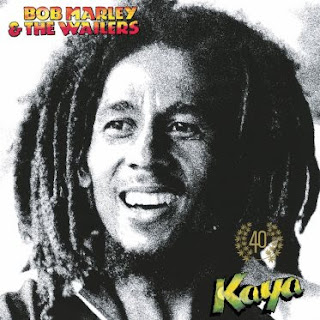 Sandwiched, as it is, between Bob Marley & the Wailers’ classic 1977 album Exodus and the following year’s enormously popular Babylon by Bus live LP, Marley’s relatively low-key 1978 studio album Kaya has often been unfairly overlooked. With many of the album’s songs recorded at the same time as the material comprising Exodus during the reggae legend’s self-imposed exile in London, Kaya offers some of Marley’s best-loved songs, including “Is This Love” and “Sun Is Shining.”

On August 24th, 2018 the Marley Family, along with Island Records and Universal Music will celebrate the 40th anniversary of Kaya with a special deluxe reissue set. The two-disc CD or 180gr double-vinyl reissue will feature the album’s ten original tracks alongside Stephen “Ragga” Marley’s vibrant new “Kaya 40” mixes of all the songs. A digital version of the album will offer Marley’s mixes only. For those rabid vinyl collectors among our readership, a special limited-edition 180gr version of Kaya on cool herbal green vinyl is available exclusively at the Bob Marley website.

Kaya was released in March 1978, a month before Marley & the Wailers headlined the One Love Peace Concert on April 22nd, held at The National Stadium in Kingston, Jamaica and representing Marley’s return to his home country after spending better than a year in England after a failed December 1976 assassination attempt at his home in Kingston. Recorded with a new Wailers line-up that included brothers Carlton and Aston “Family Man” Barrett on drums and bass, keyboardist Tyrone Downie, percussionist Alvin “Seeco” Patterson, guitarist Julian “Junior” Marvin, and backing vocalists the I Threes – Rita Marley, Marcia Griffiths, and Judy Mowatt – Kaya would provide Marley with a new perspective on life and music that would subsequently result in the controversial and classic albums Survival (1979) and Uprising (1980).

According to the press release for the reissue, “Stephen’s goal in mixing Kaya 40 was to create a balance that drew heavily from the original versions. Using Bob’s vocals from demos from original Kaya sessions that were recorded at different tempos, Stephen synched the vocals with alternate takes and layered it over different instrumental arrangements. Stephen tried to keep the flavor as authentic as possible. To mix the album, he used a similar minimal approach, basing his version heavily off the classic analog concepts they used in the 1970s.” Sounds like an interesting approach towards framing an underappreciated album in a new light for a young generation of reggae fans.