Book Review: Martin Popoff's The Clash - All the Albums, All the Songs (2018) 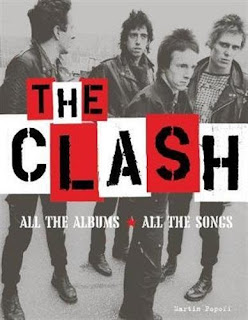 For many of us – then and now – The Clash were “the only band that matters.” The new British Fab Four took their homeland by storm in 1977 with the release of their self-titled debut album. Featuring raucous tunes like “Janie Jones,” “White Riot,” and “Career Opportunities,” the album would hit a respectable #12 on the British charts even amidst a crowded field of U.K. punks that included the Damned, the Sex Pistols, the Stranglers, and too many others to count. What guitarists Joe Strummer and Mick Jones, bassist Paul Simonson, and drummer Terry Chimes (i.e. “Tory Crimes”) achieved with their debut album was remarkable, as impactful today as it was the day it was released.

With Chimes replaced by Nicky “Topper” Headon, the Clash’s recorded its sophomore effort, Give ‘Em Enough Rope, in the U.S. with producer Sandy Pearlman (Blue Oyster Cult, the Dictators). The album served as a proper stateside introduction to the band when released in late 1978 (the band’s debut album wouldn’t be released in the U.S. until July 1979). Fueled by singles like “Tommy Gun” and “English Civil War” as well as enduring album tracks like “Safe European Home” and “Julie’s Been Working For the Drug Squad,” the Clash’s Give ‘Em Enough Rope would rise to #2 on the U.K. chart but hit only a meager #128 in the U.S.

However, it would set the stage for the band’s landmark 1979 album London Calling, which transcended punk rock to incorporate elements of reggae, jazz, pop, and hard rock in creating an innovative, genre-busting work that would chart Top Ten in the U.K. and peak at #27 stateside on its way to sales in excess of five million copies worldwide. Other albums would follow – 1980’s controversial albeit daring triple-album set Sandinista!; the Platinum™-selling smash 1982 album Combat Rock, with the hit songs “Rock the Casbah” and “Should I Stay or Should I Go”; and the band’s 1985 swan-song Cut the Crap – but the Clash would never again scale the creative heights that they would with London Calling.

Martin Popoff’s The Clash: All the Albums, All the Songs 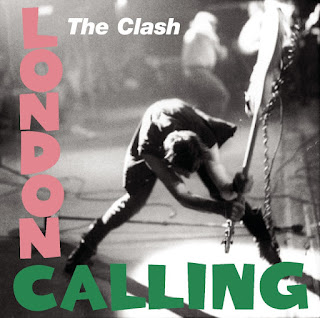 Writer Martin Popoff is best known as the finest scribe that heavy metal has ever produced, publishing lengthy tomes on classic rock and metal bands like Deep Purple, Metallica, Black Sabbath, Dio, and Motörhead, among many, many others. The founding editor of Brave Words & Bloody Knuckles magazine and prolific to a fault, Popoff has penned better than 70 books overall and in excess of 7,000 published album reviews (i.e. twice as many as the Reverend has written). In the interest of full disclosure, Martin is also a friend and colleague of mine, and in spite of spending a lifetime working in music journalism, I’m continuously amazed by his depth of knowledge of, and wide-ranging tastes in music.

See, it’s not all metal all the time for the esteemed Mr. Popoff, no sir – he enjoys and appreciates a broad palette of music, including prog-rock (his book on Yes is essential for any fan) and, yes, even punk. That’s where The Clash: All the Albums, All the Songs enters our story. Much as he has done previously for Led Zeppelin, AC/DC, Rush and, most recently, Pink Floyd, Popoff has taken it upon himself the Herculean task of listening to every single song by the Clash from every studio album and penning pithy, insightful, and interesting mini-reviews of every tune in the Clash canon. Popoff’s critical appraisals of each Clash album are spot-on, rightfully lauding London Calling as the landmark album that it is while putting the critical confusion of Sandinista! into proper context.

Popoff isn’t afraid to ‘call a dog a dog’ with his keen critical eye, either, dismissing the band’s final effort, the miserable Cut the Crap, as the glorified cash-grabbing demo tape that it is, or correctly surmising that the 36 songs on the three-disc Sandinista! could have easily been culled back to a couple dozen to create a more cohesive artistic statement. His deep dive into the Clash’s first two albums, which aren’t nearly as well-known stateside as the band’s post-London Calling efforts, provides the reader with a fascinating “look behind the scenes” into their creation, as well as a bit of historical discussion of the social and economic state of the U.K. that helped inspire songs on both (and mold lyricist Strummer’s left-leaning politics). Interviews with producer Pearlman, keyboardist Mickey Gallagher (who played on several Clash albums), singer Ellen Foley (Mick Jones’ girlfriend at the time), and justifiably-maligned manager Bernie Rhodes provide an even closer look at the band’s creative process both on stage and in the studio.


Much like Popoff’s other books published by Voyageur Press in the All the Albums, All the Songs series, The Clash’s entry is a freakin’ gorgeous hardback book. Whoever the company’s graphic designer is, they deserve the highest praise (and, no doubt, more money). The book is beautifully-laid out, Martin’s succinct prose complimented by dozens of color photos of the band, show posters, album covers and singles picture sleeves, and other rare memorabilia that will leave the Clash fan drooling. The book is pricey, running around $30 – all that color ain’t cheap! – but there’s a lot of great information about the band and its records here, and a good bit of history. But it’s the combination of Popoff’s writing and the book’s stunning visuals that make The Clash: All the Albums, All the Songs an essential purchase for any fan of “the only band that matters.” Grade: A+ (Voyageur Press, published May 15, 2018) 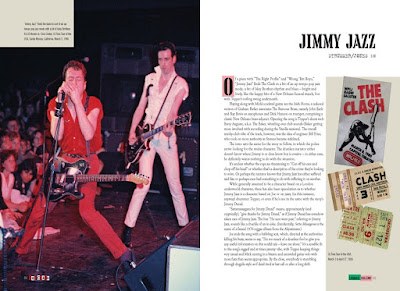 Buy the book from Amazon.com: Martin Popoff’s The Clash: All the Albums, All the Songs