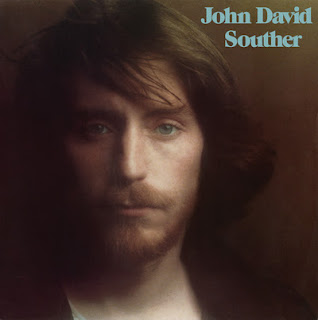 Singer, songwriter, and guitarist John David “JD” Souther was working in L.A. as a session player in the late ‘60s when fate intervened via an introduction to future Eagles frontman Glenn Frey. The two got along well and ended up recording a 1969 album under the group name Longbranch Pennywhistle with songs that they’d written together. After Frey formed the mega-successful band that will forever be his legacy (Frey sadly passed away in 2016), the two songwriters collaborated together on several hit Eagles tunes, including “Best of My Love,” “Heartache Tonight,” and “New Kid In Town.” The band’s last big chart hit, 2009’s “How Long,” was written by Souther.

Souther wrote several hits for Linda Rondstadt as well, and produced several tracks for her 1973 album Don’t Cry Now. At the urging of label boss David Geffen, Souther hooked up with former Byrds member Chris Hillman and Poco’s Richie Furay in a country-rock “supergroup,” the Souther-Hillman-Furay Band. That collaboration lasted for a couple of modestly-successful albums circa 1974-75 before Souther returned to session work, songwriting, and his fledgling solo career.

In amidst all this activity, and almost overshadowed by his higher-profile songwriting triumphs, Souther had released three solo albums for Geffen’s Asylum Records label. All three of Souther’s long out-of-print Asylum albums were reissued on CD earlier this year by archival specialists Omnivore Recordings, re-mastered with bonus tracks and new liner notes that included fresh interviews with the artist. On September 21st, 2018 those Souther albums will return to vinyl when Omnivore reissues John David Souther, Black Rose, and Home by Dawn on high-quality 180gr vinyl. All three LPs were cut from the original analog masters by Kevin Gray at Cohearent and were overseen by Souther and Omivore’s award-winning Cheryl Pawelski. 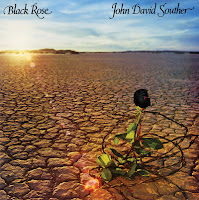 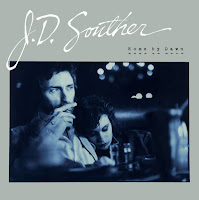 After a short detour to Columbia Records, Souther recorded another album for Asylum, 1984’s Home by Dawn. Produced by David Malloy (known for his work on album by country stars like Eddie Rabbit and Reba McEntire), Home by Dawn saw Souther move further towards a pure country sound that would prove influential on a generation of Nashville artists to follow.

Souther would take a lengthy hiatus from recording, returning to music in 2008 with a new solo album. During the interim, he worked frequently as an actor, with a recurring role on the hit TV show Thirtysomething and movies like 1990’s Postcards From the Edge. It was with his trio of Asylum Records albums that Souther built his reputation as a singer and songwriter, however, and it will be good to get them back on shiny black vinyl again after better than 30 years.
Posted by Rev. Keith A. Gordon at Wednesday, August 01, 2018