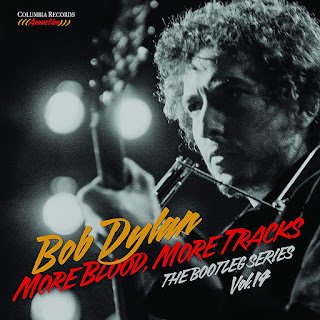 Bob’s Dylan’s Blood On the Tracks is, without a shred of doubt, my all-time favorite album by the Scribe, and it remains one of my Top 10 discs of all time. I can sing along, verbatim, with almost every track on the album and I’ve played it, literally, over a thousand times since its release 43 years ago in January 1975. So it pains me to say that, as much as I adore this record, I still won’t be ponying up almost two C-notes for a copy of More Blood, More Tracks.

The 14th volume in Dylan’s acclaimed “Bootleg Series,” More Blood, More Tracks is scheduled for release on November 2nd, 2018 as both a six-CD box set and in two-LP or single-CD ‘highlights’ editions. The boxed version features 87 songs, including 75 previously-unreleased tracks, covering all the extant session material from Blood On the Tracks.

The More Blood, More Tracks box set follows the same format as The Bootleg Series, Vol. 12: The Cutting Edge 1965-1966 in that is presents all the available studio material in chronological order so that each song is presented in multiple versions. The box also includes a large hardcover book with new liner notes and reproductions of pages from Dylan’s original lyric notebooks while the double-LP and CD versions include one alternative take of each of the album’s ten original songs plus an eleventh song, “Up to Me,” a rare session outtake.

The story behind Blood On the Tracks reads something like this – after signing with, and releasing a pair of albums for David Geffen’s Asylum Records label (including 1974’s underrated Planet Waves), Dylan returned home to Columbia Records to record what would become one of the most acclaimed albums of his storied career. It didn’t come easy, though…after recording four sessions over ten days in September 1974 in New York City with producer/engineer Phil Ramone, Dylan assembled a ten-track album and submitted it to Columbia for release. He took a test pressing of the disc with him to Minnesota in late November to listen to over the Christmas holidays. 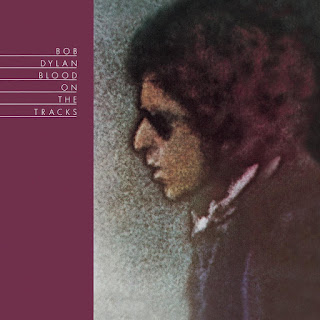 The notoriously-demanding singer/songwriter was dissatisfied with what he heard and, in December (shortly before Columbia was to release the album); he went into Sound 80 studios in Minneapolis with a new group of musicians and re-recorded five of the album’s ten songs. These five takes would replace the NYC recordings, and would become the Blood On the Tracks album that we know and love. Over the years, material from the New York City sessions has leaked out, but only one of the five NYC-recorded tracks from the original test pressing has ever been officially released, “You’re A Big Girl Now” appearing on Dylan’s Biograph box set. Alternate takes of songs like “Idiot Wind” and “Tangled Up In Blue” from the NYC sessions have been subsequently released on the first three albums in The Bootleg Series.

While the More Blood, More Tracks box set offers an absurd amount of material, the current $160 Amazon price tag is too damn rich for my blood. Although it’s likely to drop by $10 or so by release day, that still averages out to a costly $25 per CD, which smells to me like label exploitation of Dylan’s rabid fans. The single-disc set featuring the best alternative versions of each song (or the double-LP set) may be the best bet for fans that just don’t need eleven takes of “You’re Gonna Make Me Lonesome When You Go.” I’ve included Amazon links to all three versions so that y’all can pick your poison…