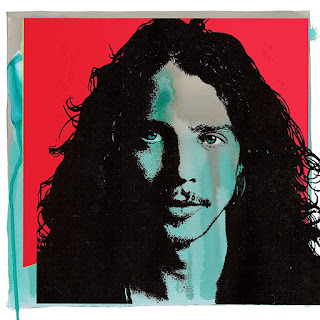 Chris Cornell’s death in May 2017 robbed the rock ‘n’ roll world of one of its all-time greatest vocalists. The talented singer and songwriter for chart-topping bands like Soundgarden, Audioslave, and Temple of the Dog, Cornell also enjoyed a significant solo career with his four solo albums circa 1999-2015 all charting in the Top 20. Over the course of a career that spanned four decades (and still ended far too soon), Cornell earned two Grammy™ Awards and selling better than 30 million records worldwide.

Given his popularity and influence on rock vocalists to follow, it’s only fitting that Cornell should be honored with a career retrospective box set. On November 16th, 2018 UMe will release the self-titled Chris Cornell, a limited-edition deluxe four-disc box set with 64-tracks, 11 of which are previously-unreleased. The set is being released with the support of Cornell’s wife Vicky on behalf of The Chris Cornell Estate.

Working extensively with Cornell’s former bandmates and friends, Vicky Cornell has compiled a collection that represents the singer’s entire career, including songs by all three of his aforementioned bands along with solo material. The set includes such memorable moments as Soundgarden’s “Black Hole Sun,” Temple of the Dog’s “Hunger Strike,” and Audioslave’s “Like A Stone.” Among the previously-unreleased songs are a live performance of Prince’s “Nothing Compares 2 U,” a duet with Cat Stevens on “Wild World,” and a duet with his daughter Toni on a cover of Bob Marley’s reggae classic “Redemption Song.” 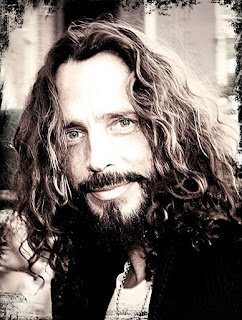 In addition to the four-disc box set, Chris Cornell will also be released as a seventeen-track single disc version housed in a jewel case with a limited-edition custom die-cut slipcase that showcases Seattle with tree-line graphics on the front and other cities that Cornell lived in on the back cover. The set includes a 32-page booklet with unreleased photos and liner notes by friends and bandmates like Kim Thayil, Matt Cameron, Tom Morello, Mike McCready, and Brendan O’Brien. A two-LP 180-gram vinyl edition features a gatefold jacket with similar slipcase graphics and a twelve-page booklet while the four-disc box set includes an expanded 54-page booklet.

For the hardcore fan with money to burn, Chris Cornell will also be available as a limited-edition ‘Super Deluxe’ box with four CDs, a DVD, and seven-LP set featuring all 64 songs plus 23 music videos along with a 66-page hardcover book wrapped in linen with a red foul signature cover. The ‘Super Deluxe’ box also includes three artist lithos, three photochromatic lithos inspired by Cornell’s fascination with the sun, a turntable mat, a microfiber vinyl cleaning cloth, and a 36” x 48” wall poster.

“Since Chris’ sudden passing I have put all my efforts and energy into sharing his music and legacy with his fans from all over the world,” says Vicky in a press release for the Chris Cornell box set. “I felt we needed to create a special collection to represent all of him – the friend, husband and father, the risk taker and innovator, the poet and artist. His soaring vocals found their way into the hearts and souls of so many.  His voice was his vision and his words were his peace. This album is for his fans.”