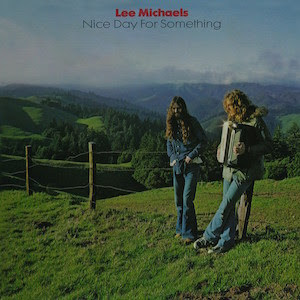 The Reverend has written glowing prose about singer, songwriter, and keyboardist Lee Michaels previously for this site and elsewhere – in my review for the greatest hits album Heighty-Hi: The Best of Lee Michaels, I wrote that “nobody had quite nailed his unique, frequently minimalist creative vision” since his seven-album run with A&M Records circa 1968-1973. Continuing, I said “A soulful vocalist often accompanied on album by only a lone percussionist, Michaels explored the use of piano, keyboards, and even harpsichord in rock music unlike any other artist at the time; even when he went the full band route by adding bass and guitar, it was Michaels’ keyboards that led the parade.”

Needless to say, I’m a Lee Michaels fan, and I even got a chance to catch him perform live back around 1972 or so and I geeked out when Manifesto Records released Michaels’ The Complete A&M Album Collection, a seven-CD box set, back in 2015. So I’m especially chuffed that on November 16th, 2018 Manifesto continues their restoration of the Lee Michaels catalog with the release, for the first time on CD, of Michaels’ long out-of-print Columbia Records albums Nice Day For Something and Tailface. Both albums have been digitally re-mastered from the original tapes and sport spiffy deluxe gatefold packaging. These reissues bring nine of Michaels’ ten albums to date – minus only the self-released album Absolute Lee – under Manifesto’s care.

Lee Michaels made a lot of innovative and entertaining music while with A&M but he also had a long and somewhat fractured relationship with the allegedly artist-friendly label. He really only had one bona fide hit album during his five-year tenure with A&M, so when he delivered Space & First Takes – a four-song collection of psychedelic hard rock that featured two lengthy 15-minute jams – as the follow-up to the more “pop” oriented Top 20 LP Fifth, the label pushed back. Michaels subsequently gave A&M a live album to fulfill his contract, and lit out for greener pastures. 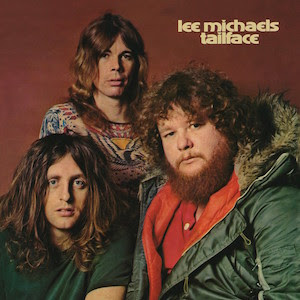 Signed by the legendary Clive Davis to Columbia, Michaels recorded two albums for the label – 1973’s Nice Day For Something and 1974’s Tailface – both of which sank like a stone, afforded little or no promotional effort when Clive’s departure from the company cost Michaels the support of his biggest supporter at the label. It was even difficult to find them as new titles in record stores; my copies of both were purchased as use vinyl.

It’s a shame, too, as both albums further explored the minimalist, keyboard-oriented classic rock sound of popular early albums Michaels’ self-titled 1969 third album or the following year’s Barrel. While based on his signature sound, both albums also offered signs of musical growth and flourishes absent from his earlier work that went unnoticed in a busy early ‘70s rock ‘n’ roll marketplace.

These Columbia label albums would become obscure footnotes to Michaels’ impressive career, sought-after collectors’ items that command posh prices. After releasing Absolute Lee in 1982, Michaels retired from music altogether to pursue a successful career as a restauranteur. It will be nice to have both albums available on CD so that this deserving artist has another chance to be rediscovered by a young audience that might appreciate his original and honest music.