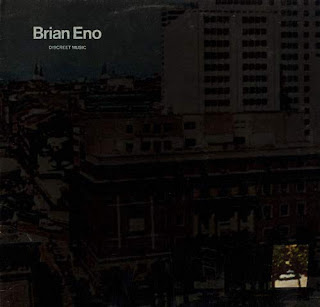 Former Roxy Music keyboardist and synth-wrangler Brian Eno left the legendary glam-rock band in 1973 after the release of their first two albums, just as Roxy was about to peak, commercially, in the U.K. Ordinarily, leaving a chart-topping band would be the kiss-of-death for an aspiring artist, but from the 1974 release of hiss landmark solo debut album Here Come the Warm Jets to this present day, Eno’s career in music is the stuff of dreams. While none of Eno’s couple-dozen solo albums could be considered as “commercially successful,” their artistic reach and generational influence far outweighs such tawdry concerns.

Eno’s musical collaborations with experimentally-minded fellow travelers like King Crimson’s Robert Fripp, Talking Heads’ David Byrne, and Krautrock pioneers Cluster were equally audacious and influential, and all of this stuff remains in print decades after its initial release – a sure sign that somebody is listening! As an in-demand producer during the 1980s and ‘90s, Eno helped shepherd hit albums by U2, David Bowie, James, and Talking Heads onto the charts while also working with more avant-garde artists like Jon Hassell, Laurie Anderson, Harold Budd, and the Velvet Underground’s John Cale.

One of the most misunderstood aspects of Eno’s lengthy and acclaimed career is his work in the field of “ambient music,” a term he coined to describe music “designed to modify the listener’s perception of the surrounding environment.” Enthralled, perhaps with electronic music and composers like Cluster’s Hans-Joachim Roedelius and Dieter Moebius, Eno was looking to create a new instrumental musical paradigm. His first ambient album, 1975’s Discreet Music, was created by an elaborate tape-delay methodology that he pioneered for his 1973 collaboration with Robert Fripp, No Pussyfooting. 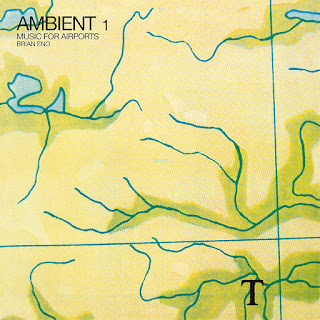 Eno’s “ambient” series of albums would follow – Ambient 1: Music For Airports (1978), Ambient 2: The Plateaux of Mirror (1980, with Harold Budd), Ambient 3: Day of Radiance (1980, with Laraaji), and Ambient 4: On Land (1982) – changing the way that many of us thought about music. In between these four ambient albums, Eno would release equally challenging and thought-provoking works as 1978’s Music For Films, a conceptual work intended to serve as a soundtrack for imaginary films although many of the short pieces on the compilation album had previously-appeared in movies.

On November 16th, 2018 Virgin EMI Records/UMe will reissue Discreet Music, Music For Films, Music For Airports, and On Land as deluxe, limited-edition two-LP sets on 180-gram vinyl, each album remastered at half-speed for playing at 45rpm. Each of these deluxe vinyl reissues will feature an Obi spine strip, an Abbey Road “certificate of authenticity,” and a card good for a download of the album. A standard single-disc 33rpm version of each of the four albums will also be released.

Each of these albums has something of interest for the serious sonic explorer, from Eno’s reimagining of Pachelbel’s “Canon in D Major” on Discreet Music, performed by the Cockpit Ensemble and conducted by Gavin Bryars to On Land, which includes contributions by guitarist Michael Brook, bassist Bill Laswell (Material), and trumpeter Jon Hassell. This isn’t pop music by any stretch of the imagination but all four albums offer fascinating soundscapes for the adventurous listeners.

Buy the albums from Amazon.com:
Discreet Music
Music For Films
Ambient 1: Music For Airports
Ambient 4: On Land
Posted by Rev. Keith A. Gordon at Sunday, October 21, 2018