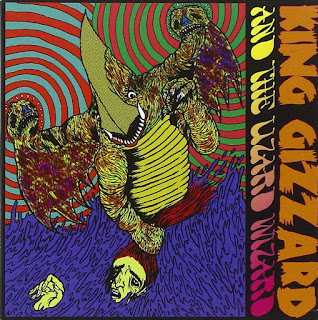 Over the past few years, Australia’s King Gizzard & the Lizard Wizard has made quite a name for itself as one of the hardest-working and imaginative bands in the rock ‘n’ roll firmament. The psychedelic time-travelers formed in Melbourne, Victoria in 2010 and features singer/guitarist Stu Mackenzie, singer/keyboardist Ambrose-Kenny Smith, guitarists Cook Craig and Joey Walker, bassist Lucas Skinner, and drummers/percussionists Michael Cavanagh and Eric Moore. The band has been extremely prolific since the release of its first record, 2011’s Angelsea EP, releasing 14 studio albums during the ensuing years, including an awe-inspiring five full-length recordings in 2017 alone.

Incredibly, no two King Gizzard albums sound alike, and the band’s sonic experimentation is often exhilarating, drawing upon classic 1960s-era psych-rock but pushing the boundaries of the genre even as they incorporate decades of subsequent musical influences. They’ve developed a loyal and growing worldwide audience not only on the strength of their eccentric, unique records (many of which were released on vinyl as well as CD at the time) as well as their energetic live performances. Sadly, the band’s earliest recordings were mostly released on their own independent Flightless Records label, and copies of them have been scarce as hen’s teeth for faithful Gizzard collectors to find. 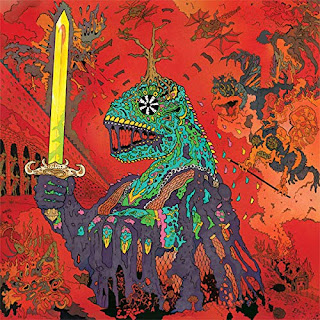 As a testament to the band’s growing U.S. popularity, ATO Records – which released King Gizzard’s last few albums stateside – will be reissuing the band’s first five records on both CD and vinyl on November 2nd, 2018. Each album title will include ‘reimagined’ artwork and packaging and new liner notes, and the vinyl versions will feature dazzling, eye-popping colored wax. The band’s ground-breaking nine-song EP, 2011’s Willoughby’s Beach, will be reissued on red colored vinyl with an embossed and spot UV deluxe sleeve. The band’s first two full-length albums – 2012’s 12 Bar Bruise and the following year’s Eyes Like the Sky – blended surf and garage-rock with the band’s trademark psychedelic sound. The former will be reissued on “Doublemint” green vinyl and the latter on “Halloween” orange vinyl, both with heavyweight sleeves.

The band’s third album, 2013’s Float Along – Fill Your Lungs, will be reissued on “Easter yellow” vinyl with a heavyweight jacket with inner sleeve printed on uncoated offset paper and includes a 24” square fold-out poster. Their fourth album, 2014’s Oddments, will sport “Grimace purple” vinyl and includes a heavyweight gatefold jacket with original artwork by Jason Galea and an inner sleeve printed on uncoated offset paper. Both albums showcase a maturing band expanding its sound to incorporate scraps of progressive rock, jazz, soul, and even heavy metal influences into its restless, reckless, innovative sound. Any of these reissues, on either CD or LP, offer an introduction to the charms of King Gizzard & the Lizard Wizard for newcomers; for those of us already on the hook, ATO is providing a cost-effective way for us to expand our collections.

Buy the vinyl from Amazon.com:
Willoughby's Beach
12 Bar Bruise
Eyes Like the Sky
Float Along - Fill Your Lungs
Oddments
Posted by Rev. Keith A. Gordon at Sunday, October 14, 2018