More great music from Chris Bell than you can handle! 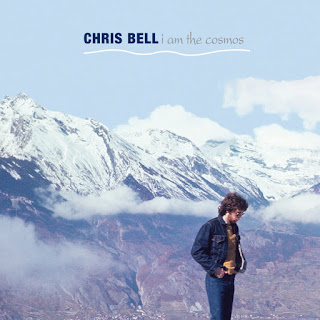 Big Star co-founder Chris Bell left the band after the 1972 release of their debut album #1 Record. A legendary and influential slab o’ wax with great power-pop tunes penned by Bell and Alex Chilton, sales of #1 Record were miserable, and only in retrospect has the album earned its status as a rock ‘n’ roll classic. As co-writer of many of the album’s songs, as well as one of the band’s two singers and guitarists, Bell’s fingerprints are all of #1 Record and he was an integral part of the early Big Star sound.

In Big Star’s wake, Bell released only two new songs before his tragic, accidental 1978 death at the age of 27 years – a single on Chris Stamey’s (The dB’s) Car Records label, “I Am the Cosmos” b/w “You and Your Sister.” Bell had created a lot more music than was initially released, however, the singer, songwriter, and guitarist recording at the Château D’Hérouville near Paris as well as at Shoe Studios and Ardent Studios in his hometown of Memphis, Tennessee.

Some of these recordings were posthumously released by Rykodisc in 1992 as the critically-acclaimed I Am the Cosmos CD; an expanded 2009 reissue of the album by Rhino Handmade nearly doubled the track listing, adding alternative mixes and a handful of Bell’s pre-Big Star recordings. Bell’s legacy was explored further earlier this year with the release of Looking Forward: The Roots of Big Star by archival specialists Omnivore Recordings, a heady 22-track collection that includes Bell’s early recordings with Memphis pop/rock bands like the Wallabys, Rock City, and Icewater.

Looking Forward was just a taste of things to come however – on September 15th, 2017 Omnivore will release the definitive version of Bell’s unsung classic. The super-duper expanded reissue of I Am the Cosmos expands upon the two previous releases, the two-disc set adding ten more tracks to the set, eight of them previously unreleased and two only ever previously released on vinyl. The CD packaging includes updated liner notes from co-producer Alex Palao as well as Memphis author Bob Mehr and includes a bunch of rare, previously unseen photos. The original twelve-song version of I Am the Cosmos will also be reissued on cool-looking clear vinyl with a download card for all the bonus material. 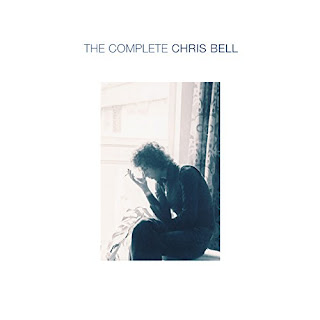 If that’s not enough Chris Bell music for you fans, you can start saving your pennies now, ‘cause on November 24th, 2017 Omnivore will be releasing a six-disc vinyl box set titled The Complete Chris Bell. The first two LPs in the set are comprised of recordings previously released on CD as Looking Forward: The Roots of Big Star and Bell’s pre-Big Star band Rock City’s See Seven States. The remastered I Am the Cosmos will make up the set’s third LP with all of the bonus songs from the deluxe CD reissue presented on the fourth and fifth LPs as Outtakes & Alternates, the material making its vinyl debut.

The sixth LP of The Complete Chris Bell is exclusive to the vinyl box set and features a never-before-heard 1975 interview of Bell by Barry Ballard. The writer had interviewed Bell in London and allowed the use of his original tape for transfer and restoration for the set. The artist’s remarks on his solo recordings and his former band will provide music historians with new insights. The Complete Chris Bell was compiled by Grammy™ winning producer Cheryl Pawelski, Ardent Studios’ Adam Hill, and Alec Palao and was remastered by Grammy™ winning engineer Michael Graves with the vinyl cut on the original lathe at Ardent Studios.

Aside from a lot of great music, The Complete Chris Bell also includes a 20-page color booklet with liner notes by Palao and the aforementioned Bob Mehr (music critic for The Commercial Appeal newspaper in Memphis and author of the New York Times best-seller Trouble Boys: The True Story of the Replacements). The set also includes previously unseen photos and memorabilia as well as an excerpt from Rich Tupica’s upcoming book There Was a Light: The Cosmic History of Chris Bell and the Rise of Big Star. This vinyl box set will only be pressed one time, tho’ individual parts of it may be released if demand warrants, except for the London interview LP.

All of Omnivore’s Chris Bell projects have been developed with oversight by the artist’s estate and his brother, David Bell. With interest in Big Star and, by relation, Chris Bell continuing to grow (no doubt in response to Omnivore’s tireless advocacy), as well as the artist’s upcoming biography by Rich Tupica mentioned above, there’s never been a better time to discover the charms of the great Chris Bell!

Buy the music from Amazon.com:
Chris Bell’s I Am the Cosmos [deluxe CD]
The Complete Chris Bell [six-LP box set]
Posted by Rev. Keith A. Gordon at Sunday, August 06, 2017