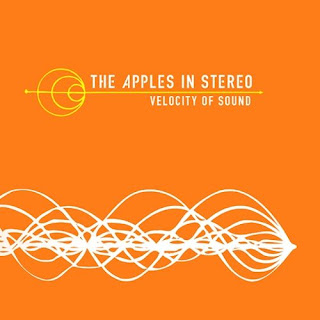 Hot on the heels of their successful six-album Nick Lowe reissue series, the good folks at Yep Roc Records have their sights set on a slightly more obscure, but no less talented indie pop outfit. On November 3rd, 2017 Yep Roc will reissue the first of four albums by The Apples In Stereo when 1997’s Tone Soul Evolution hits the shelves once again in glorious black vinyl. The Apples’ 1999 album Her Wallpaper Reverie follows on November 24th.

The band’s second album, Tone Soul Evolution was originally released by the indie SpinART Records label and has been out of print for over a decade. This Yep Roc reissue represents the album’s first release on vinyl and also features the original master recording as it was first envisioned by band frontman Robert Schneider. The album will arrive with a deluxe gatefold sleeve featuring the artwork of longtime band collaborator Steve Keene. The band’s third album, Her Wallpaper Reverie, saw the Apples exploring their inner psychedelic id with their trademark Beatle-esque pop/rock sound complimented by trippy musical interludes.

The fourth and fifth Apples In Stereo albums – 2000’s The Discovery of a World Inside the Moone and 2002’s critically-acclaimed Velocity of Sound – will also be reissued on vinyl by Yep Roc on January 12th and February 16th, 2018, respectively. The former album eschewed the band’s normal “wall of sound” production in favor of a raw, live sound and songs that were more inspired by R&B while the latter album was a collection of short, guitar-driven songs created in tribute to the Ramones. 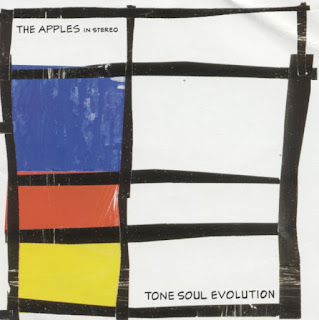 Each album has been carefully remastered and includes a digital download; they can be purchased individually or as a discounted bundle directly from Yep Roc Records. Formed in 1991 in Denver, Colorado the Apples In Stereo were part of the Elephant 6 Recording Company collective of like-minded lo-fi indie groups that also included Neutral Milk Hotel and the Olivia Tremor Control.

Influenced by the Beatles and other British Invasion bands as well as late ‘60s psychedelic rock, the Apples were fronted by singer/songwriter Robert Schneider and included bassist Jim McIntyre, guitarist Chris Parfitt, and drummer Hilarie Sidney. Guitarist John Hill and bassist Eric Allen would replace their counterparts in 1995, and multi-instrumentalist Bill Doss of Olivia Tremor Control would later tour and record with the band. With these missing pieces of the Apples In Stereo catalog brought back in print by Yep Rec (who also released the band’s more recent recordings), a new generation has the opportunity to discover the band’s inspired music.

Order the LPs from Yep Roc Records
Posted by Rev. Keith A. Gordon at Friday, August 11, 2017