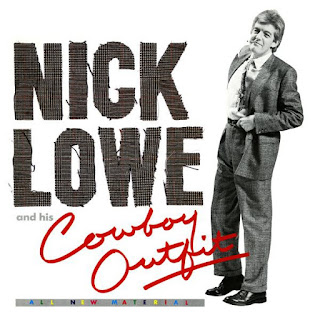 Back in March we talked about Yep Roc Records’ vinyl reissues of two long-out-of-print Nick Lowe albums in Nick the Knife and The Abominable Showman. The bad news is that the April release date has come and gone with no Nick in sight…but the great news is that Yep Roc has rescued of all six of Lowe’s ‘80s-era albums from the vagaries of obscurity and will be rolling out reissues on CD and vinyl over the months to come!

On July 4th, 2017 Yep Roc will reissue Lowe’s Nick the Knife (released 1982) and The Abominable Showman (released 1983). The following month, on August 25th, the label will reissue Nick Lowe and His Cowboy Outfit (released 1984) and The Rose of England (released 1985) and, on October 20th, Yep Roc will complete the series with reissues of Lowe’s Pinker and Prouder Than Previous (released 1988) and Party of One (released 1990). Digital downloads of all six classic Lowe albums will be released digitally for the first time ever on July 14th.

Yep Roc’s Nick Lowe reissue series brings all fourteen of the British rock legend’s albums under one roof and spruces them up with bonus tracks comprised of demos, outtakes, and live recordings; alternative album art is also included with each set. These albums represent the heart of Lowe’s storied career, offering enduring original songs like “Raging Eyes,” “Half a Boy and Half a Man,” “I Knew the Bride (When She Used to Rock & Roll),” and “Time Wounds All Heels” as well as Lowe’s inspired covers of tunes penned by Elvis Costello, Moon Martin, John Hiatt, Mickey Jupp, and Graham Parker. 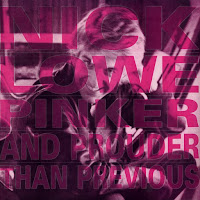 These albums also feature musical contributions from Carlene Carter – Lowe’s wife at the time – and his former bandmates in Rockpile (Billy Bremner, Dave Edmunds, and Terry Williams) and Little Village (Ry Cooder, John Hiatt, and Jim Keltner) as well as notable friends from the pub-rock days like Martin Belmont (Ducks Deluxe) and Paul Carrack (Ace, Squeeze) and new friends like Kim Wilson and Jimmie Vaughan of the Fabulous Thunderbirds. All six albums are currently available for pre-order through the Yep Roc webstore both individually and as a special deluxe bundle of either the CDs or LPs that gets you a bonus exclusive, collectible Nick Lowe lunchbox.

All six titles have been out-of-print much longer than they should have been considering the depth of Lowe’s songwriting and performing talents, an egregious oversight thankfully corrected by the good folks at Yep Roc Records.

Buy the CDs from Amazon.com:
Nick the Knife
The Abominable Showman
Nick Lowe & His Cowboy Outfit
The Rose of England
Pinker and Prouder Than Previous
Party of One 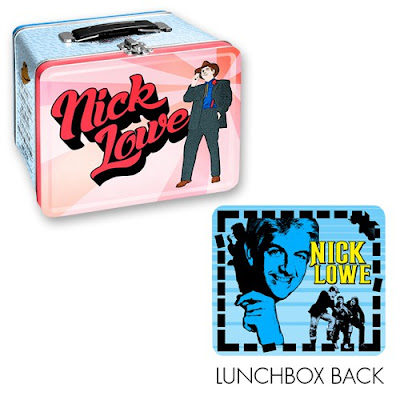