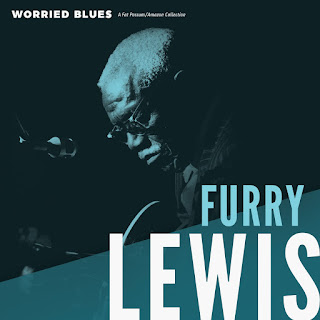 Fat Possum Records is known these days for the label’s cutting edge rock releases by bands like Temples, Communions, or Bash & Pop. Back in the ‘90s, though, the up-and-coming indie imprint was a hothouse of blues, releasing albums by artists like R.L. Burnside and Junior Kimbrough, Mississippi Hill Country veterans whose commercial breakthroughs during the age of college radio and alt-rock helped put Fat Possum on the map.

Much of the material found on the Worried Blues albums was recorded from 1963 to 1972 by Gene Rosenthal, the founder of Adelphi Records, with help from legendary guitarist and musicologist John Fahey. The artists represented by the series provide a rich tapestry of blues music from across the Mississippi Delta and hill country, all of them rather obscure until rediscovered by a new generation of fans. Although these recordings were released on CD in the early ‘90s, they’ve all been out-of-print for over 20 years and have never been released on vinyl. There’s a lot of history here, as well – Skip James’ recordings for Rosenthal were his first in 30 years while historic recordings by Bukka White and Mississippi John Hurt, made at the dawn of the ‘60s “folk blues” revival, sat in the archives for decades before their brief release by Adelphi. 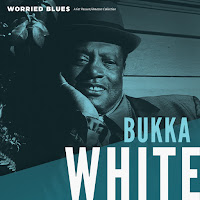 The Worried Blues series covers a lot of stylistic ground as well. Although all ten artists hail from Mississippi, their individual hue of blues differs greatly, from John Hurt’s ragtime-flavored fretwork to Furry Lewis’ slide-guitar and from Skip James’ mournful sound to R.L. Burnside’s ebullient Hill Country stomp. These are no cut-rate budget releases, either, each Worried Blues album including 10 to 16 songs by the artist; the vinyl releases include a digital download card. Check out the Fat Possum Records website for track listings for each individual album, and you can buy them through our links to the vinyl releases on Amazon.com below.