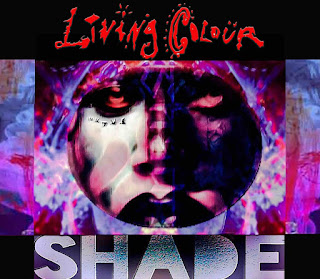 Heavy metal legends Living Colour haven’t ventured into the studio very often since the band got back together in 2000, releasing a pair of well-received albums in 2004’s CollideØscope and 2009’s The Chair In the Doorway. On September 8th, 2017 Megaforce Records will release the band’s third studio album this century in Shade.

Shade was produced by Andre Betts, who first worked with Living Colour on their 1993 album Stain. Betts has worked with the band over the past five years to craft an exciting new sound. Inspired by their live performance of blues legend Robert Johnson’s “Preachin’ Blues” at Harlem’s Apollo Theatre, Living Colour has incorporated elements of Mississippi Delta dirt into their trademark heavy metal thunder. “That was really the beginning of us thinking of the direction we want to take for our next project,” says Living Colour guitarist Vernon Reid in a press release for the new album. “Hearing that blend of blues and metal was really what got the wheels turning.”

While Shade offers Living Colour’s unique juxtaposition of hard rockin’ blues, the album isn’t just a collection of antiquated sounds but rather a mix of various influences. “What better way to talk to the world than through the blues?” vocalist Corey Glover asks in a press release for the album. “We recorded ‘Preachin’ Blues’ several times to jump start the project and that got everybody fired up. After that, we were ready. Shade, in its final outcome, is more of a deconstruction of the blues than an interpretation. It was the idiom that gave us our voice.”

Featuring thirteen white-hot performances, Shade offers songs like the old-school thrash of “Blak Out,” the acid-funk romp “Two Sides” (featuring a guest appearance of the legendary George Clinton), and Reid’s six-string showcase “Freedom of Expression (F.O.X.).” The album includes the band’s incendiary cover of The Notorious B.I.G.’s “Who Shot Ya?,” released late last year in protest of gun violence and racial profiling, as well as an inspired cover of the great Marvin Gaye’s “Inner City Blues,” which stirs a bit of guitar-driven hard rock into a heady R&B gumbo.

“To me, there seems to be a shadow cast across our collective lives,” says Reid. “We can either allow it to oppress us or we can shine a light on it. Shade is the sound of a band coming to terms with the shadows and shining a light by using the blues as a mirror.”