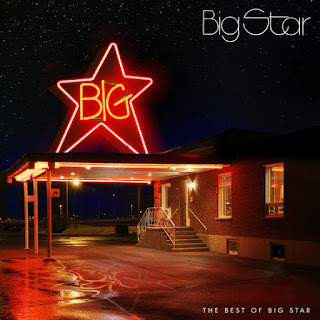 As the Reverend mentioned in an earlier post on an upcoming Alex Chilton LP reissue, interest in his legendary band Big Star has never been greater. Formed in Memphis, Tennessee in 1971 by singers, songwriters, and guitarists Chilton and Chris Bell along with bassist Andy Hummel and drummer Jody Stephens (the sole surviving member of the foursome), Big Star released three albums of intelligent, pioneering jangle-pop during the band’s short, unremarkable lifespan (i.e. 1971-1978).

Although Big Star never received the commercial fortune that was its due in a perfect world – critical acclaim doesn’t pay the bills, kiddies – the little cult band from the Bluff City would influence a generation of musicians to follow, from world-beaters like R.E.M. to fellow cult-rockers like the Replacements, and a lot of artists in-between. Largely thanks to the efforts of Omnivore Recordings and their quality reissues of albums like Chilton’s Free Again: The 1970 Sessions and the deluxe box set of Big Star’s Third as well as the popularity of the recent documentary film Big Star: Nothing Can Hurt Me, an entirely new generation of music-lovers is discovering what some of us stumbled across as teens during the early 1970s – Big Star is fab!

In just a couple short weeks – on June 16th, 2017 – Stax Records will release The Best of Big Star on CD, vinyl, and as a digital download as part of the label’s ongoing 60th anniversary year celebration. The sixteen-track collection includes material from all three of Big Star’s original albums: 1972’s #1 Record, 1974’s Radio City, and 1978’s Third, recorded in 1974 but released after the band’s break-up. The Best of Big Star features rare single edits of some of the band’s most beloved songs, including “In The Street,” “September Gurls,” and “Don’t Lie To Me.” The set includes new liner notes by Grammy® Award-winning music journalist and filmmaker Robert Gordon and, for you vinyl fanatics, will be released as a two-LP 45rpm album in a gatefold jacket pressed on 180gr vinyl at Memphis Record Pressing.

Big Star’s rock ‘n’ roll legacy is undeniable. Working with Ardent Studios producer John Fry, the band delivered three classic albums, beginning with #1 Record, which yielded enduring pop-rock songs in “Thirteen” and “In The Street” (later covered by Big Star acolytes Cheap Trick as the theme of That ‘70s Show). Radio City, recorded after the departure of band member Chris Bell, featured the classic “September Gurls” (later covered by the Bangles and Superdrag) while Third (also released, for some reason, under the title Sister Lovers) was recorded by Chilton and Stephens in ’74 after Andy Hummel’s departure but wasn’t released until 1978. Featuring contributions from Memphis musical legends like Steve Cropper and Jim Dickinson, Third has since come to be considered a landmark in rock ‘n’ roll.

In his liner notes for The Best of Big Star, Robert Gordon (no relation) writes that the band “fizzled before most anyone heard them, then when they seemed totally forgotten they began to exert more musical influence than most bands ever dream of…Big Star reminds us that great art lives, that immediate audience appreciation can’t be counted on and that it’s not about the brightness of the light but its beauty.”

Buy the CD from Amazon.com: Big Star's The Best of Big Star