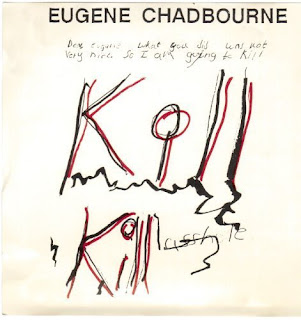 Shades of insanity! What we have here, brothers and sisters, is a conspiracy, a contemptuous cover-up, a black-hearted attempt to conceal from you the truth that they wish you to be ignorant of! I’m talking about the shadowy, mysterious ‘them’ who want you to be stuck listening to re-tread rockers and processed cheese pop stars on their radio stations, buying their records, and playing them on the tinny transistor ray-didios and bass-heavy ster-oreos that they sell you!

Break free of these chains of mediocrity that they want you to be intellectually and aesthetically weighed down with and discover the music that will blow your mind, save your soul, and set you on the path of righteousness. I’m speaking, naturally, of the erstwhile Dr. Eugene Chadbourne and the one-and-only Camper Van Beethoven...

Ah, Dr. Chadbourne, I presume? Just when you thought it was safe to venture out of the house and into a new issue of The Metro, here we come slappin’ Chadbourne at you again. And well we should, ‘cause the rest of the free, cultured, civilized world is on the brink of declaring Eugene an artistic genius and showering him with the wealth, fleeting fame, and USA Today bar graphs that such esteem incurs. Nashville hasn’t even seen fit to honor the man with a gig in our city. Chadbourne talks about it, too, on his first Placebo Records release Kill Eugene.

In between the usual Chadbourne mix of original musical satire – such as his “Ollie’s Playhouse,” an ode to our favorite patriot [Ollie North]; the good-natured yet sociopathic “Women Against Pornography;” and the anti-sports tune “Big Boys With Little Balls” as well as inspired covers of the Byrds’ “Eight Miles High,” Pink Floyd’s “Lucifer Sam,” or “Ramblin’ Man,” a vintage Hank Williams number – rests a two-part telephone conversation between Eugene and Elliston Square’s Tommy Smith aptly titled “Getting A Gig In Nashville,” parts one and two. Yours truly is mentioned here, though not by name, ‘cause then they might hear it and realize that there are a few of us brave enough to recognize the talent and skill hidden beneath the looney-tune madness and tongue-in-cheek social commentary that is the art of Chadbourne. 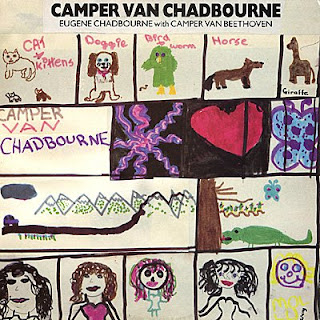 Camper Van Chadbourne is a collaboration between the mighty Dr. Chadbourne and those revolutionary shock troops, Camper Van Beethoven. It’s a match made in heaven, friends, for both parties wander the same shadowy netherworld of broken pop tradition, radical musical composition, and distaste for the rules and regulations of the naked industry gentlefolk. Musical ancestry takes on a new meaning here as the Camper Van Chadbourne guys toss in the (un)usual mutant hybrid of covers, ranging from Joe South and Frank Zappa to Thelonious Monk and beyond, blending in a few typical Chadbourne creations among the trademark raga instrumentation and ‘80s psychedelia that had come to be known as Camper Van Beethoven.

The result is apocalypse dance muzak, nuclear new age classical for the post-holocaust crowd. Unless, of course, you defy them today by listening to the message hidden in these grooves beneath the hypnotic beat…a message that they, the all-too-evil, whore-mongering, erotica-spewing commercial conspiracy would like you to be ignorant of…the truth that music was meant to be energetic, dangerous, passionate, varied and, yes, even creative…and creativity is art. Will you listen?