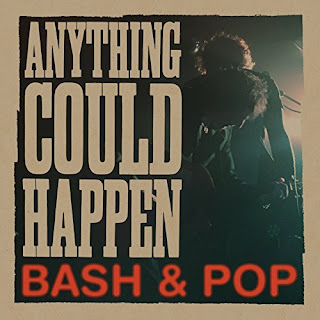 We’re overjoyed by the news that former Replacements bassist Tommy Stinson is rounding up his loose-knit Bash & Pop band members to tour in support of their recent Fat Possum Records release, Anything Could Happen. It’s a dynamite LP about which Blurt magazine’s esteemed scribe Michael Toland writes “Stinson doesn’t try to be profound – he simply knocks out one greasy gem after another with an ease and grace that only comes from a combo of talent and experience. Anything Could Happen makes no apologies for getting down to the business of making no-bullshit rock & roll.”

So, it’s not a long tour by any standards, but when Tommy Stinson’s Bash & Pop outfit hits the treads, it’s well worth your time (and money) to cross the distance to catch the band on one of its rare live shows. They’re hitting several musical hot spots in May, including Nashville, Atlanta, Austin, and Boston, so if you’re anywhere near those teaming metropolises, be sure and check ‘em out!