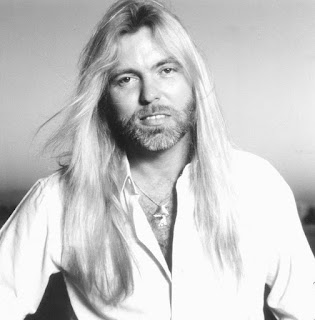 Gregg Allman – a Rock & Roll Hall of Fame inductee with the Allman Brothers Band and a successful solo artist – passed away on May 27th at 69 years old due to complications from liver cancer.

Multi-instrumentalist and singer Gregg Allman formed the Allman Brothers Band with his guitarist brother Duane in 1969. It wasn’t the brothers’ first shot at the brass ring – they performed together as the Allman Joys in the mid-1960s when Gregg was but a teenager, and would relocate to Los Angeles from Florida in 1967 to form Hour Glass, which released two albums on the Liberty Records label. The ABB would perform rock and blues in the spirit of improvisational jazzmen, with songs often featuring extended free-form jams.

It was with the Allman Brothers Band that both brothers would find fame, the band breaking through with 1971’s double live LP At Fillmore East after releasing a pair of critically-acclaimed studio albums. At Fillmore East peaked at #13 on the pop chart on its way to Platinum™ sales status, which was virtually unheard of at the time. The band’s elation would be short-lived, however, as Duane Allman died in a tragic motorcycle accident in October 1971.

Gregg kept the band together in the face of adversity, recording new studio material for their 1972 album Eat A Peach, expanding it to a double-album with live material featuring recordings of Duane. The album would rise to #4 on the charts, achieving Platinum™ level sales and is a consistent favorite among ABB fans. Tragedy would strike the band again with the accidental death of bassist Berry Oakley in November 1972 as they were working on their new album. Produced by Allman’s former Hour Glass bandmate Johnny Sandlin, 1973’s Brothers & Sisters would become the band’s best-selling album, largely on the basis of the Dickey Betts-penned hit “Ramblin’ Man,” one of two songs on the album that included Oakley’s bass playing. 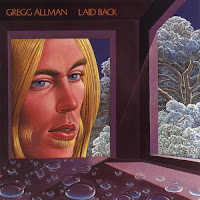 During this time, Allman released his first solo album in 1973 in Laid Back, which was also produced by Sandlin and featured Sea Level keyboardist (and future ABB member) Chuck Leavell. The album would go Gold™ on the strength of the hit single “Midnight Rider” and open the door for Allman to pursue a career outside of his namesake band. The Allman Brothers Band would soldier on, with 1975’s Win, Lose or Draw album charting Top 5 and 1979’s Enlightened Rogues charting Top 10, continuing the band’s commercial momentum. In between his responsibilities with ABB, Allman released a solo live album (1974’s The Gregg Allman Tour) and a new studio album (1977’s Playin’ Up A Storm) to mixed success.

Allman’s personal life was tumultuous during the mid-to-late ‘70s, beginning with his 1975 tabloid marriage to singer Cher (they divorced in 1978), which resulted in a1977 album titled Two the Hard Way and credited to ‘Allman and Woman’ which would become an embarrassing commercial failure. Allman struggled with a heroin addiction during this period and was arrested on drug charges in 1976. To avoid prison, Allman testified against the ABB’s road manager, Scooter Herring, which created acrimony with his bandmates, temporarily breaking up the band. After reuniting and adding various new members, the ABB released two moderately successful albums of inconsistent content – 1980’s Reach For The Sky and 1981’s Brothers of the Road – after which the Allman Brothers Band would again break up. 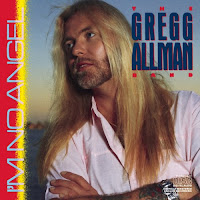 Allman continued to tour with his own Gregg Allman Band during this period, striking gold once again with his 1987 solo album I’m No Angel, which scored an FM radio hit in the title track and charting Top 30, earning a Gold™ Record. The album temporarily breathed new life into Allman’s moribund solo career, which would deflate a year later with the meager performance of 1988’s Just Before The Bullets Fly. Allman would be prompted to ‘put the band back together’ in 1989 with guitarist Dickey Betts and acclaimed percussionists Jaimoe and Butch Trucks complimented by new guitarist Warren Haynes and bassist Allen Woody.

Releasing their first studio album in nearly a decade, 1990’s Seven Turns enjoyed modest success but put the band back on the road, which is where the money was. The addition of Hayes and Woody brought two young, talented musicians into the band, expanding the ABB sound. The band would tour heavily throughout the ‘90s and well into the 2000s, releasing several acclaimed studio albums like 1994’s Where It All Begins and 2003’s classic Hittin’ The Note, adding a second phenomenal guitarist in Derek Trucks when Betts left the band. It was during this time period that the ABB would become known for their landmark sold-out shows at the Beacon Theater in New York City. The Allman Brothers Band performed its final show together on October 28th, 2014, the band’s 238th straight sellout at the venue.

Diagnosed with hepatitis C in 2007, which was attributed to a dirty tattoo needle, Allman later developed tumors on his liver and underwent a successful liver transplant in 2010. He would revisit his blues roots with 2011’s Low Country Blues album. Produced by roots musician T-Bone Burnett, Low Country Blues would chart Top 5 and take Allman’s solo career in a different direction. Allman published his best-selling autobiography, My Cross To Bear, in 2012.

Although he had suffered from health issues these past couple of years, Allman continued to tour until he couldn’t, taking time out to record what would become his final solo album, Southern Blood, with producer Don Was at Fame Studios in Muscle Shoals, Alabama. The album is scheduled for September 2017 release and will represent the final word from one of rock music’s most influential and important artists.