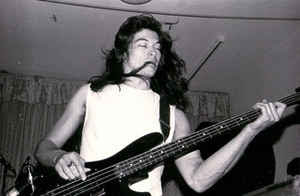 Revuelta returned in 2003 for a handful of Black Flag reunion shows with Ginn. Revuelta’s tenure with the band was captured by the bootleg Last Show album and on the Program: Annihilator compilation LP. A GoFundMe page has been set up to help pay for Revuelta’s medical expenses.