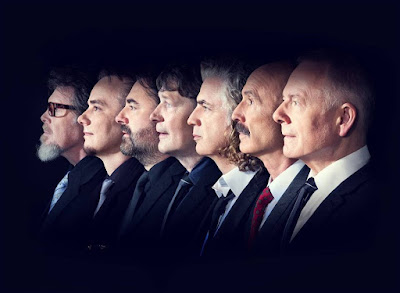 Prog-rock legends King Crimson will kick off a 17-show North American tour with a sold-out performance at the Moore Theatre in Seattle, Washington on June 11th. The “Radical Action Tour 2017” includes performances in Los Angeles, Chicago, Denver, and Toronto as well as at the Rochester Jazz Festival and the Montreal Jazz Festival. There will be further dates scheduled for the fall, including an anticipated New York City concert.

The EP features the band’s version of the David Bowie classic “Heroes,” on which Fripp originally played guitar, recorded at the Admiralspalast in Berlin in tribute to the late rock ‘n’ roll legend. The Heroes EP also includes live renditions of “Easy Money,” “Starless,” and “The Hell Hounds of Krim” and is available from the band's website or from Amazon.com.