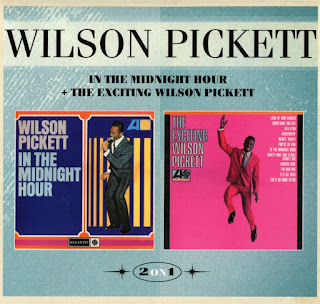 Singer and songwriter Wilson Pickett was a giant in the world of American rhythm & blues and soul music. As an artist, he was often overshadowed by more flamboyant performers like James Brown and Isaac Hayes, or by tragic figures like Sam Cooke and Otis Redding, but Pickett still placed better than 50 songs on the U.S. R&B charts, several of which would cross over to pop success. Underrated as a songwriter, Pickett also wrote or co-wrote a number of soul classics, including songs like “In The Midnight Hour” and “Ninety Nine and A Half (Won’t Do)” that have been recorded by artists as diverse as Led Zeppelin, Bruce Springsteen, the Rolling Stones, the Grateful Dead, and many others.

Like many R&B singers of his era, Pickett was born in the south and began singing with the church choir. He’d leave Alabama as a teenager to live with his father in Detroit, where he would develop his powerful, emotional style of singing influenced by artists like Little Richard. At the age of 14, Pickett joined a gospel group, the Violinaires, touring and performing in churches across the country. Pickett spent four years with the group before leaving to follow in the footsteps of singers like Sam Cooke and Jackie Wilson, who had found success in the secular market. He joined Wilson’s former group the Falcons in 1959, which included both Eddie Floyd and Mack Rice at the time. A minor hit with the Falcons prompted Pickett to launch a solo career, signing with Lloyd Price’s Double-L Records label.

Wilson Pickett’s In The Midnight Hour


A handful of R&B chart hits with Double-L led to Pickett signing a deal with Atlantic Records, which had soul heavyweight Solomon Burke on its roster at the time. Several songs that the singer recorded for Atlantic stiffed on the charts so, in 1965, producer and label exec Jerry Wexler sent Pickett to Memphis to work with Steve Cropper and the Stax Records crew. The results proved to be pure magic, Pickett’s Atlantic Records debut In The Midnight Hour yielding a pair of hits in “Don’t Fight It” (#4 R&B) and the title track, which would top the R&B chart and hit a respectable #21 on the pop chart. While ostensibly Pickett’s “debut,” he’d been singing professionally for better than half his life at that point, and In The Midnight Hour displays a poise and maturity unexpected by such a young artist.

Make no mistake, In The Midnight Hour is a classic collection of soul music that puts Pickett’s talents on full display. The singer’s early singles are shoehorned onto the track list, including his lone hit with the Falcons, “I Found A Love,” which is a ‘50s vintage, doo-wop-tinged performance sporting shallow production and a lot of heart but was nevertheless a good half-decade out of time when In The Midnight Hour was released. Pickett’s earlier Atlantic efforts like “I’m Gonna Cry” or “Come Home Baby,” a duet with Tami Lynn, fared much better. The former is an energetic dance record while the latter is an understated torch song that shows great chemistry between the two singers.

Another duet with Lynn, “Teardrops Will Fall,” is even better, the song’s intertwined vocals rising above the perfunctory instrumentation and allowing the emotion of the lyrics to take flight. The album’s title track, of course, is a bona fide soul classic with a monster groove, a great vocal performance, and some brassy hornplay. “Don’t Fight It,” the album’s other hit single, makes good use of horns to build a melody, while minor rhythms and almost-hidden piano support Pickett’s brash vocals. With Cropper’s slinky guitar licks opening the song, “That’s A Man’s Way” was a lost opportunity, Pickett’s blistering vocals assisted by mournful horns and a slow rhythm in creating a powerful performance. The song was never released as a single per se, appearing as the ‘B’ side to the hit “634-5789 (Soulsville, U.S.A.)” a year later. 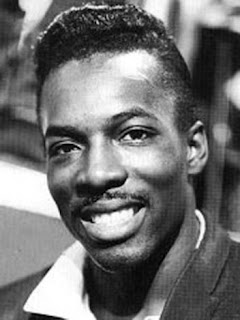 Pickett’s follow-up to In The Midnight Hour came a year later and was entirely built on sessions recorded at Stax Studios in Memphis and Fame Studios in Muscle Shoals, Alabama. The Exciting Wilson Pickett proved to be even more successful than its predecessor, kicking up dust with three Top 20 R&B chart hits that crossed over to the (white) mainstream. The album itself rose to #21 on the pop albums chart, representing a significant degree of success in 1966. Built around fresh performances rather than piecing together a track list from whatever the label had on the shelves, The Exciting Wilson Pickett is a more cohesive collection altogether and showcases Pickett as a soul superstar coming into his own.

The Exciting Wilson Pickett opens with the garage-rock standard “Land of 1,000 Dances,” which Pickett imbues with pure crackling electricity, his rapid-fire vocal delivery outpacing the frenetic instrumentation to create one of the great dance songs of the 1960s. The third single released from the album, it would hit #1 on the R&B and #6 pop charts, inspiring a generation of young soul rebels. The album’s actual first single was the Steve Cropper/Eddie Floyd jam “634-5789 (Soulsville, U.S.A.),” the song’s loping pace and Pickett’s swaggering, charismatic vocals driving it to the top of the R&B chart (#13 pop). Pickett joined with Cropper and Floyd in penning “Ninety Nine and A Half (Won’t Do),” an underperforming single that is looked upon more favorably today. Featuring a strong, James Brown-styled vocal performance, it represents a slight departure from Pickett’s innate soul sound but works nicely in context with the surrounding songs.

But The Exciting Wilson Pickett has much more to offer than just the hit singles. Pickett’s take on the Robert Parker hit “Barefootin’” captures the energy of the original while turbo-charging its melodic groove with funky horns and a fluid vocal performance. A cover of the Don Covay classic “Mercy Mercy” is ‘60s soul at its best, displaying plenty of pent-up emotion in the telling of a romantic tale that offers up some mighty fine chicken-pickin’ by Fame’s Jimmy Johnson. The Pickett/Cropper original “Danger Zone” is an overlooked gem with a bluesy undercurrent that is ripe for rediscovery by a contemporary blues singer like John Nemeth. This Edsel Records reissue offers several bonus tracks, including a pair of explosive live performances from the Saturday Night At the Uptown album that was recorded at Philadelphia’s Uptown Theater with Pickett, the Drifters, and others. Pickett’s immense live charisma is evident with “If You Need Me,” the song providing a tsunami of emotion that has the audience screaming while “I’m Gonna Cry” is its equal, the audience obviously hanging on to every word from the singer’s mouth.


Edsel Records in the U.K. has reissued all ten of Pickett’s Atlantic Records albums, released between 1965 and 1972, as “twofers” with bonus tracks and digital re-mastering that improves the sound of the original recordings while retaining all of their power and character. The pairing of In The Midnight Hour and The Exciting Wilson Pickett omits the duplication of the former’s title track, which was also included on the latter album by Atlantic for some reason. As a result, you have 23 tracks from the original albums along with three bonus tracks that represent some of the best soul music ever caught on tape. Wilson Pickett was an incredible talent, and these first two albums are essential slabs of ‘60s-era soul upon which much of what would follow in R&B, blues, and rock ‘n’ roll music would be built. Grade: A (Edsel Records, released December 2, 2016)